The team of Osnabrück University of Applied Sciences has won the Field Robot Event 2016.

The international Field Robot Event is an annual outdoor contest on an agricultural field, where students and their supervisors compete within several tasks in autonomous navigation and other tasks.

The competition was held in Haßfurt, Germany, under difficult conditions. Sixteen student teams from seven countries challenged the rain and the difficult ground conditions to become the world champion. The robot of the Osnabrück University of Applied Sciences team, called "The Great Cornholio", was equiped with laser scanners, cameras and an Xsens MTi-G-710 (Inertial Measurement Unit).

"The Xsens MTi-G-710 was our guarantee for the perfect turn at the end of the row, independent from the surface of the underground (in our case it was mud). So, many thanks again from the whole team."
Dipl.-Ing. (FH) / BEng Andreas Linz, Mikro- & Optoelektronik, Hochschule Osnabrueck.

We congratulate the team on this big achievement! 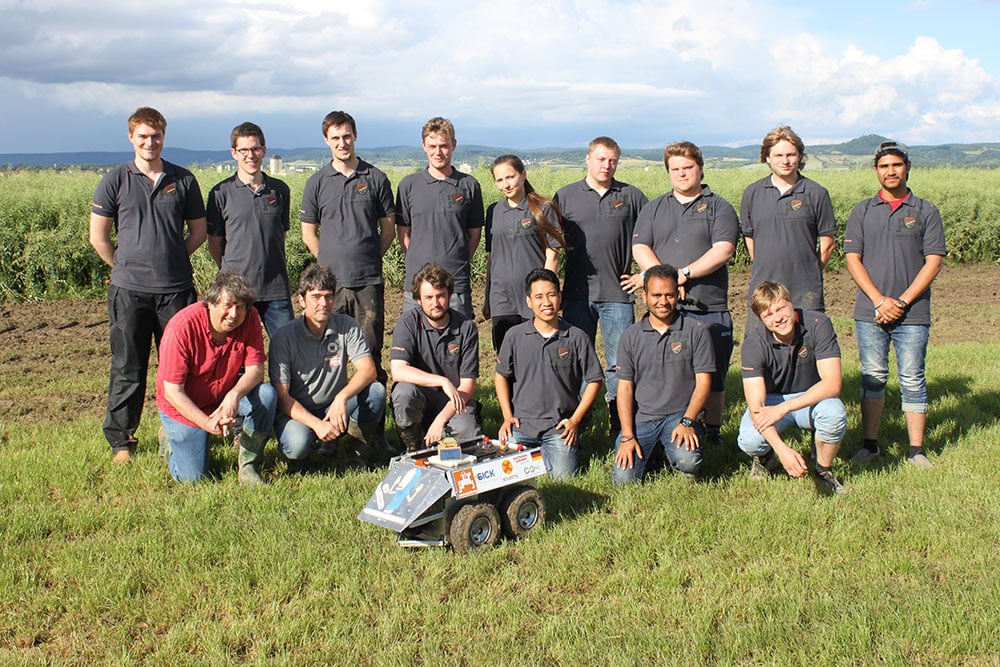