A ground-breaking deployment of autonomous vehicle technology by DP World, the operator of the Jebel Ali container port in Dubai, is to demonstrate the performance and reliability of technology provided by Xsens, the manufacturer of motion-tracking sensors, supporting DGWorld, a manufacturer of artificial intelligence (AI)-based autonomous and robotic vehicle systems.

Global ports operator DP World and DGWorld have announced a contractual agreement providing for the conversion of a fleet of Autonomous Internal Terminal Vehicles (AITVs) at Jebel Ali, the largest port in the Middle East, to fully autonomous operation.

The AITVs will use vehicle control technology from DGWorld. The DGWorld system is utilizing a sensor fusion approach, based on LIDAR and Radar, for object detection and environment awareness, an MTi-Series (industrial Motion Tracker) sensor from Xsens to support their simultaneous localization and mapping (3D SLAM) function, and AI-based real-time decision-making software.

The MTi-Series from Xsens combines a GNSS satellite receiver and an inertial navigation system (INS) in a robust, industrial-grade package. This enables DP World’s AITVs to accurately track their position and navigate the AITVs, even when GNSS satellite signals cannot be received properly. This is an important capability when operating in a container port, since the AITVs will navigate through narrow corridors between tall stacks of containers which block the GNSS signals. 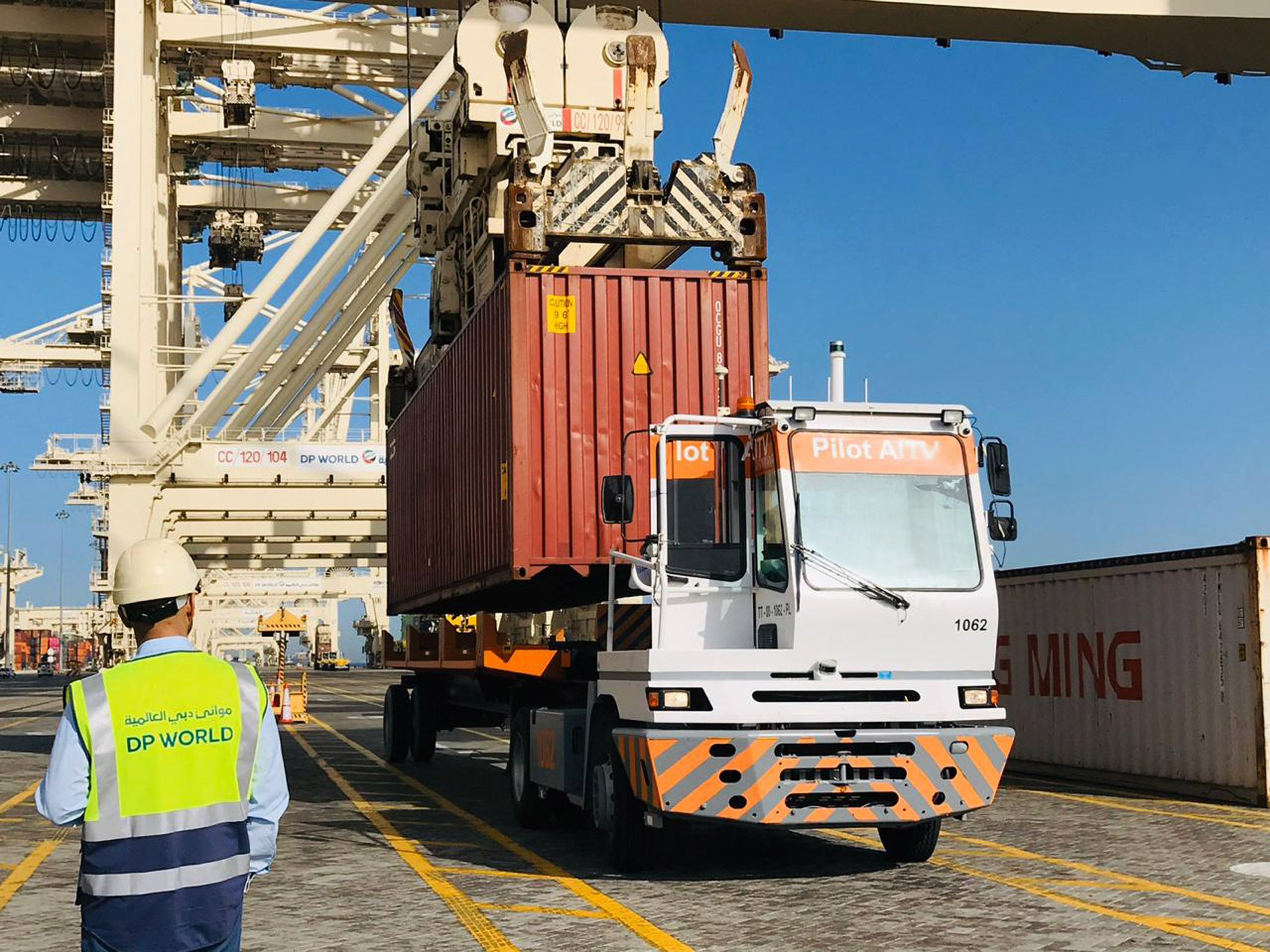 The deployment of fully autonomous ITVs offers numerous benefits to DP World, such as:

Matthias Krause, General Manager of DGWorld, said: ‘The DGWorld autonomous control system is specially designed to match the driving dynamics of heavy industrial vehicles such as the container trucks to be converted for Jebel Ali port. The accuracy and output data rate of the Xsens MTi are perfect for this application. The sensor fusion capabilities of the Xsens motion tracker have also been helpful in the development of the DGWorld autonomous technology: whether performing georeferencing via satellite positioning or via INS, the MTi maintains a stable, consistent and high-frequency output.’

“Xsens is honoured to be selected by DGWorld to support this autonomous vehicle project and take it from concept to reality. This shows the advantages of using the Xsens MTi-series GNSS/INS, with reliable sensor fusion algorithms developed in 20 years of Xsens existence, for real-time operation of industrial AGVs/UGVs in difficult circumstances”, Meindert Zeeuw, Xsens Sales Director ISM EMEA, added.

Choosing the right Xsens MTi products
Are you interested in the Xsens MTi products? This tool will help you to choose the right inertial measurement unit for your application. Try our recommendation tool and find out what MTi you need by answering just 3 questions.