Intelligence on Wheels: an innovative concept for train safety

Some tens of millions of passenger journeys take place on Europe’s railways every day. Nearly all of these journeys pass off with no incident. For most people, most of the time, rail travel is and feels safe.

Yet it is not perfectly safe: according to an official study, the European Union Railway Safety Report, between 300 and 700 rail accidents occur in Europe every year - a statistic which has held true for many years, despite the strict safety regulations applied to passenger transport in the EU.

Shocked by the regular frequency of rail accidents, in 2005 engineer Thomas Strang decided to dedicate his professional life to the development of technology which could dramatically reduce the number of accidents.

The company which he leads, Intelligence on Wheels, is the result of his commitment to rail safety. Its technology, the world’s first autonomous, train-based safety monitoring and warning system, depends on a geolocation system based on an Xsens inertial sensor module.

If planes do not collide, why should trains?

Today train routing is performed by a control center via the system of tracks and switches. The interlocking system of points is intended to be inherently safe, isolating a train on one section of track from trains on neighboring sections.

So from the control center’s point of view, safety is maintained by controlling sections of track, not by controlling individual trains. In fact, a railway control center does not continuously monitor the exact location or speed of travel of the trains it controls: rather, it knows whether a section of track is occupied or not. 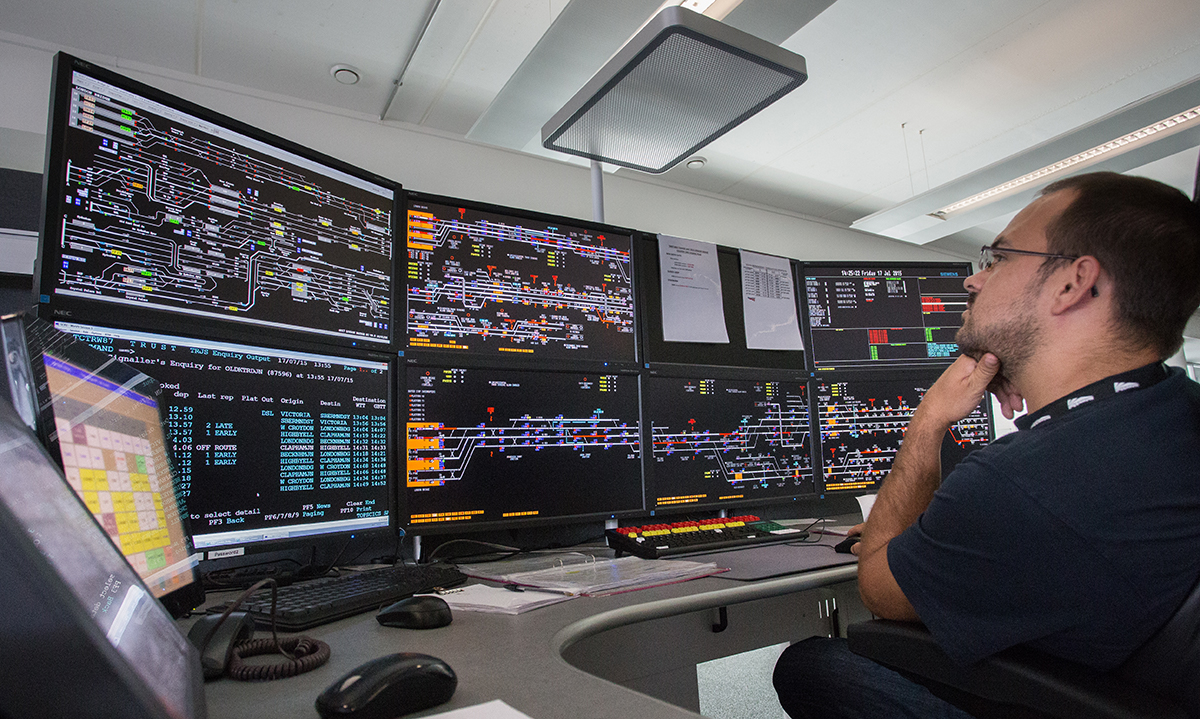 Thomas Strang, who holds a private pilot’s license and works as a senior engineer in Germany’s aerospace research agency, realized that it was possible to apply to trains the safety principle already adopted by the airline industry. An aircraft includes on-board systems which scan the air for other craft nearby, and which alert the pilot when a plane is on course to hit or to fly too close to any other.

Likewise, if drivers could know when their train is at risk of colliding with another, they could slow and stop it, completely independently of the control center. Such a system would bypass the features of the current system which allow as many as 700 rolling stock collisions to occur annually in Europe.

How to precisely geolocate a train

Intelligence on Wheels’ on-board system operates by tracking continuously the exact position, speed of travel and direction of travel of the train. To be protected by the new system, every train sharing a track on the network has to be equipped with the same system. Trains are connected via a direct radio link, and share in real time their motion and position information, including the current braking distance, with every other train in the vicinity.

Each Intelligence on Wheels unit includes a computer which processes the speed and position information coming in from nearby trains, and continuously calculates the risk of a collision. As soon as the risk exceeds a minimum threshold, the system displays an alert to the driver of each at-risk train, enabling them to take evasive action – normally, to immediately slow down or stop.

The view from the cab – drivers usually cannot see as far down the track as the braking distance when travelling at speed. (Image in the public domain)

In a rail network which deploys Intelligence on Wheels’ technology, for the first time every train can pinpoint its position relative to other trains nearby – a huge breakthrough which makes the entire system’s safety controls more resilient, and which provides a safety back-up in case the primary track-based safety system fails or is inadvertently disabled.

But of course, it depends on access to continuous, real-time information about the speed and position of a train, information which the existing infrastructure does not provide or use. So Intelligence on Wheels had to develop this capability from scratch.

Its ingenious solution to the problem was mapping: before deployment in a train network, Intelligence on Wheels maps every centimeter of track, recording precisely its inclination and heading, track features such as points, and other track-related landmarks such as stations and speed limits.

The Intelligence on Wheels equipment mounted on board each train includes an Xsens inertial measurement unit (IMU), a sophisticated motion tracking module which measures 3D acceleration and 3D rate-of-turn, and provides a magnetic field vector.

By comparing the inputs from the IMU with the map, the Intelligence on Wheels unit can exactly locate the position, velocity and direction of travel of the train. This information is cross-checked against a GNSS satellite positioning signal to provide additional confidence in the geolocation information from the IMU.

Crucially, on a section with two or more tracks, the system is accurate enough to know which track the train is on, so that trains on parallel tracks can be allowed to pass normally, but trains approaching each other on the same track can be warned to stop and avoid a collision.

In building the IMU-based geolocation system, Intelligence on Wheels had to balance performance and cost. Because its system is safety-critical, it must be ultra-reliable in the demanding operating environment of the driver’s cabin. Accurate measurement of high-speed motion is also essential – for instance, the system can even derive valuable information about the train’s position from the vibrations it measures when the train is in motion. As the Intelligence on Wheels concept requires a discrete unit to be mounted in every train on the network which is to be protected by the new system, the bill-of-materials cost of the company’s equipment directly affects the train operator’s investment decision.

Thomas Strang says: ‘The accuracy and reliability of the tilt, acceleration, rate-of-turn and magnetic data from the IMU are of critical importance to us, but to gain acceptance of our system in the rail industry, we have to offer it a price point that operators will consider affordable. We are delighted with our decision to use an Xsens IMU, because it exceeds the performance specifications we set for our geolocation system, but it is a mainstream, commercial product available at an affordable price - the perfect solution for use in our novel train safety system.’

The Intelligence on Wheels safety equipment is today in use on trains operating in Germany, and is currently undergoing field trials in various railway networks elsewhere in Europe.

For more information or to contact Intelligence on Wheels, go to www.intelligence-on-wheels.de.