Xsens is a global leader in motion tracking solutions. We provide best-in-class systems for navigating, controlling and detecting movement in complex industrial settings, from autonomous vehicles and drones to warehousing and logistics. Our range of systems offers exceptional data accuracy and precision, plug and play configurability, and the market’s best performance-to-price ratio.

Xsens is a pioneer of sensor technologies, inertial sensor modules and sensor fusion algorithms. Our Motion Tracker Industrial-grade (MTi) product series is based on over 20 years of research & development, hands-on experience and innovative drive – and come with global 24/7 tech support. 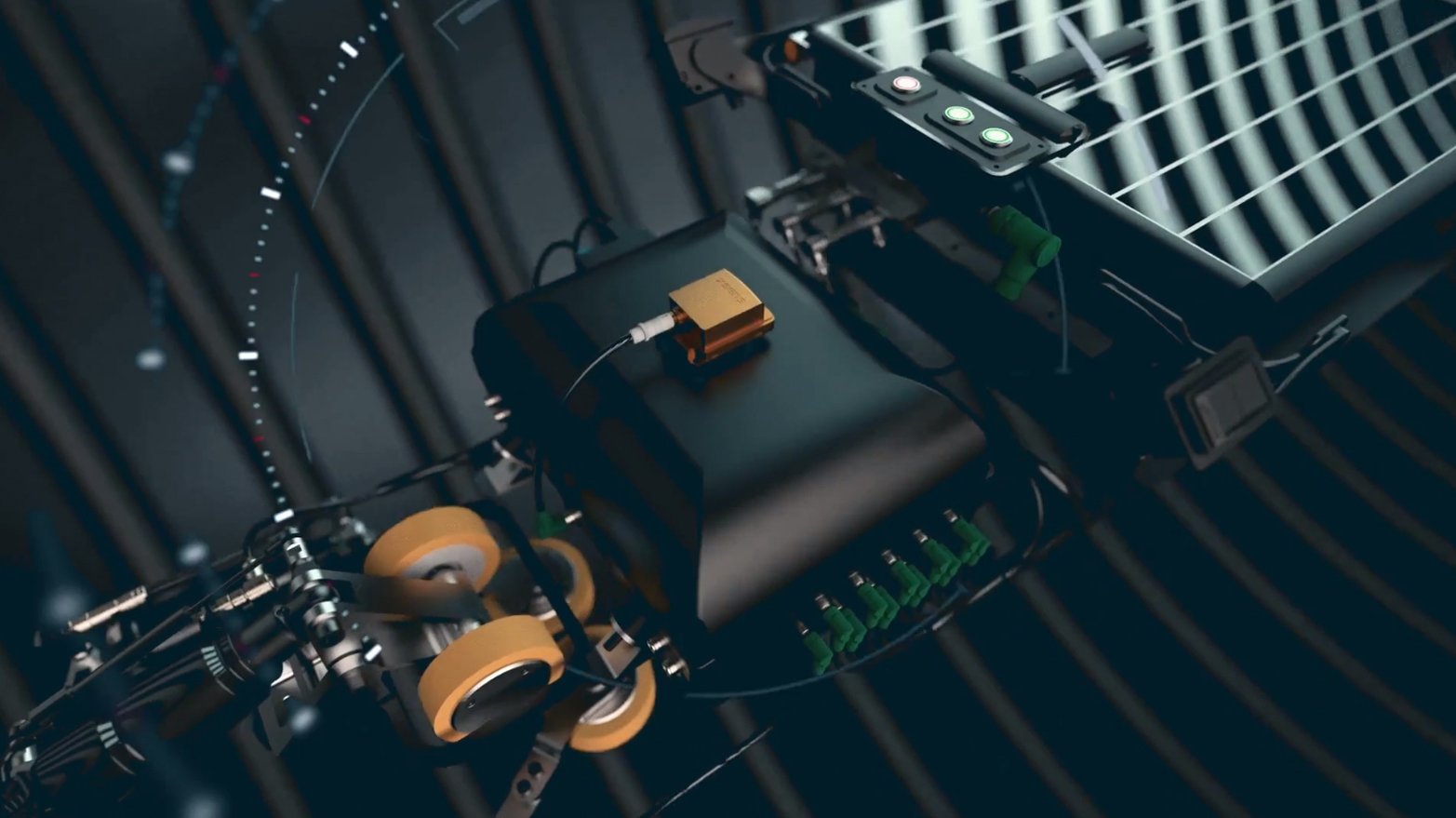 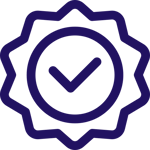 With Xsens’ motion tracking solutions, you combine cutting-edge science and engineering with hands-on solutions for your specific application and needs. Much of the inertial sensor modules available on the market today originated at Xsens, and we have close to 200 patents in the field. We share this solid knowledge basis with you through a flexible, 24/7, challenge-driven customer focus, along with our extensive online Knowledge BASE and Community Forum: we develop knowledge and create technology to help you surmount your real-world challenges.

Learn more about our research & collaborations or visit the BASE

The performance-to-price ratio of our solutions has set a new standard on the inertial sensor modules market. With Xsens you can rely on robust 3D (ego)motion data, even under difficult (magnetic) conditions – built on 20 years of continuous improvement of sensor fusion algorithms, software and component selection. Our products are tested in-house, factory-calibrated to numerous standards, and temperature bias-calibrated to withstand extreme conditions. The modules range from basic inertial measurement units (IMUs) – often used as building blocks, because of their versatility – to advanced real-time kinematic (RTK) solutions, providing positioning data of unmatched precision. 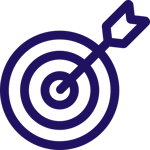 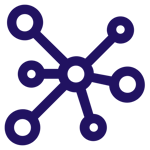 Do the applications you work with involve many different technical components and requirements, making compatibility a challenge? Xsens products are highly configurable with all the (data) synchronization options you need to integrate them in your unique industrial ecosystem. Our plug and play modules – the widest portfolio on today’s market – offer three different form factors with eight interface options, so you can confidently built on your own needs and specs. Save time and money, while enjoying maximum creative freedom in developing the perfect solution for your application.

Want to discuss your wishes with an expert? Contact us right away

With our online Product Selector tool, you can go straight to our MTi Products Overview and explore or compare the solutions you are interested in.

An Inertial Measurement Unit (IMU) is a self-contained system that provides raw, calibrated sensor data regarding linear and angular motion. The unit usually does this with a triad of gyroscopes and a triad of accelerometers. An IMU can either be gimballed or strapdown, outputting the integrated quantities of angular velocity and acceleration in the sensor/body frame. The sensors are commonly referred to in literature as rate-integrating gyroscopes and accelerometers. IMUs are often used as building blocks in more complex systems.

Learn more about  our IMU solutions

A vertical reference unit (VRU) measures roll, pitch, and (unreferenced) yaw. Its sensor-fused data – which can include the heading and other kinds of data, depending on the application and required performance level – is used for dynamic positioning in a variety of contexts. VRUs are the perfect solution for locations with high magnetic interference, as they do not rely on magnetic referencing.

Learn more about our VRU solutions 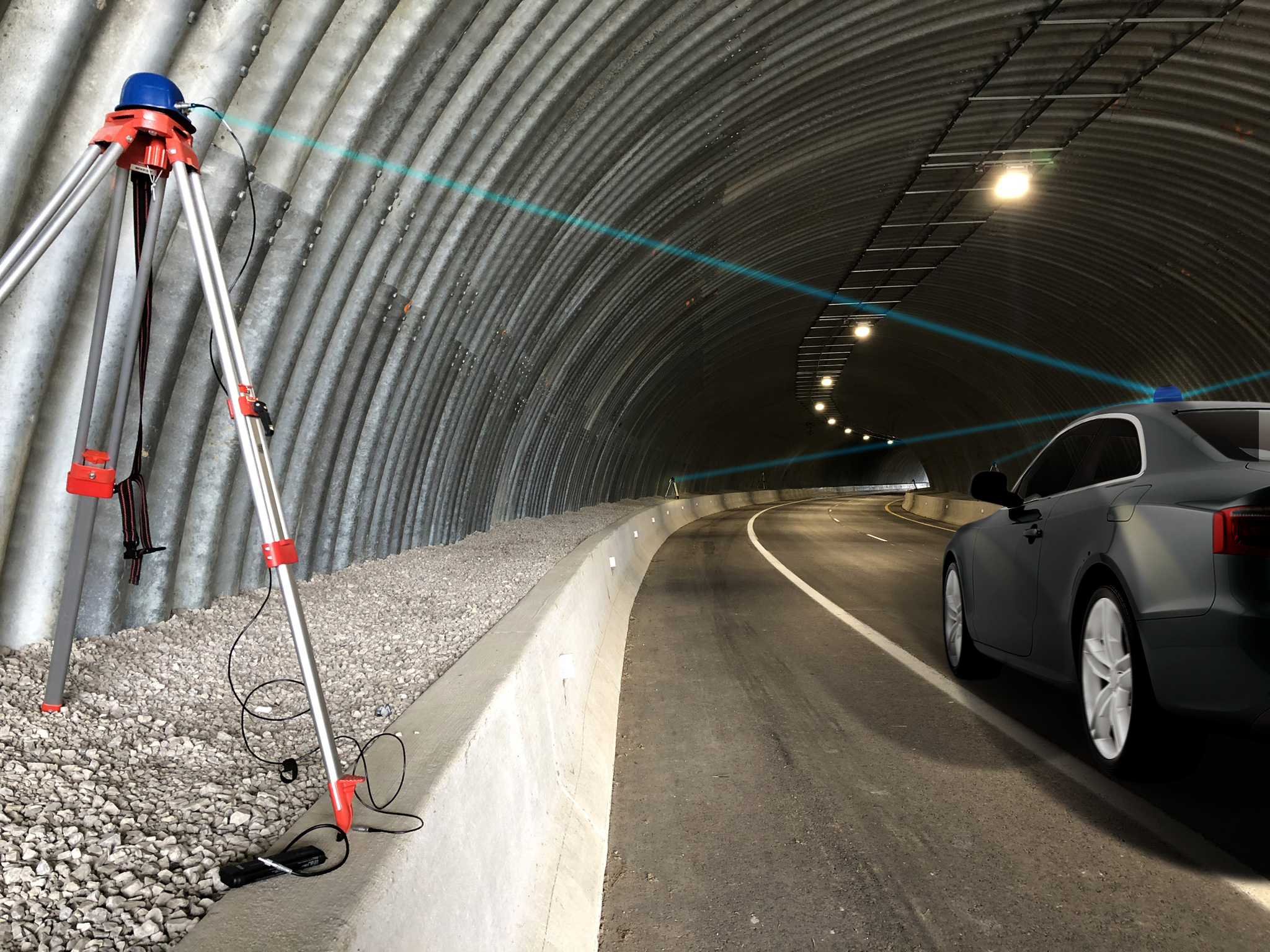 An Attitude and Heading Reference System, or AHRS, provides 3D orientation by integrating gyroscopes and fusing this data with accelerometer and magnetometer data. The yaw output is referenced to True North: with sensor fusion, drift that arises from the integration of gyroscope data is compensated for by reference vectors, namely gravity, and the earth’s magnetic field. This results in a drift-free orientation.

Its magnetic referencing ability distinguishes an AHRS from a VRU. It makes an AHRS a more cost-effective solution than conventional high-grade IMUs (Inertial Measurement Units), which only integrate gyroscopes, and rely on a very high bias stability of the gyroscopes. Along with our VRUs, our AHRS solutions are among the most highly demanded ISM solutions. An additional reason for this is the versatility of AHRS solutions: an high-performing Xsens AHRS can easily be retrofitted as a VRU or IMU.

Learn more about  our AHRS solutions

If you are looking for an AHRS system that can combine internal orientation estimates with external positioning data from a receiver, you will be interested in our Global Navigation Satellite/Inertial Navigation Systems (GNSS/INS). A regular INS uses angular velocity and acceleration data from an IMU to compute a relative position over time. This means it will drift from its true position if no external reference is provided. A GNSS can provide this reference.

The combination of mutually enhancing GNSS, INS and AHRS techniques enables us to provide you with powerful navigation solutions offering the best performance and the least amount of drift – even when GNSS position updates are temporarily unavailable, for example, in tunnels or under bridges.

Learn more about  our GNSS/INS solutions 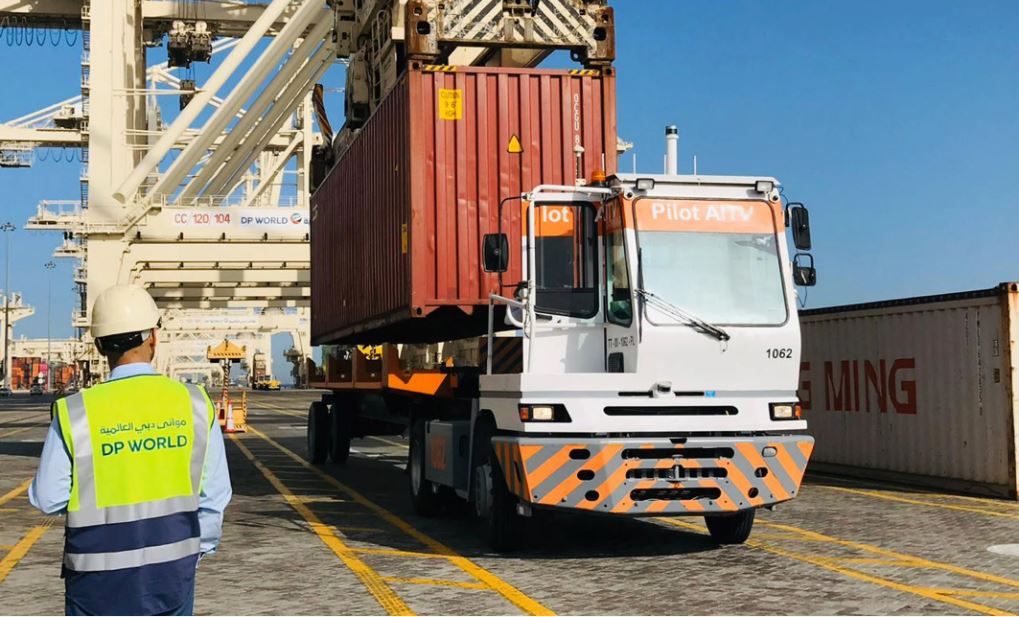 Real-Time Kinematic (RTK) positioning is a satellite navigation technology used to increase the precision of position data obtained from satellite positioning systems. Traditional GNSS receivers measure how long it takes for a signal to travel from satellites to the receiver. Using four or more satellite signals and positioning based on at least three known points (trilateration) will enable the receiver to calculate its position. These signals, however, can get distorted when passing through the ionosphere and atmosphere, affecting the calculated position accuracy (2 to 10 meters). RTK solves this issue by using real-time corrections from a base station. The base station knows its fixed position and therefore is able to estimate the errors of the received signals. This correction signal is then transmitted from the base station to the RTK receiver.

In travel and transport, autonomous vehicles are on the rise. From autonomous trucks and self-racing cars, mobile robots and automated 3D surveying applications to train tracking technologies, the range of possibilities in this field is as extensive as the list of tech requirements is long. Xsens' solutions - which we present in our range of MTi-products can be used in any of these areas. With Controller Area Network (CAN) interface support as well as internal and external GNSS receivers, our solutions provide full inertial navigation and motion technology for indoor, outdoor and subterranean applications. 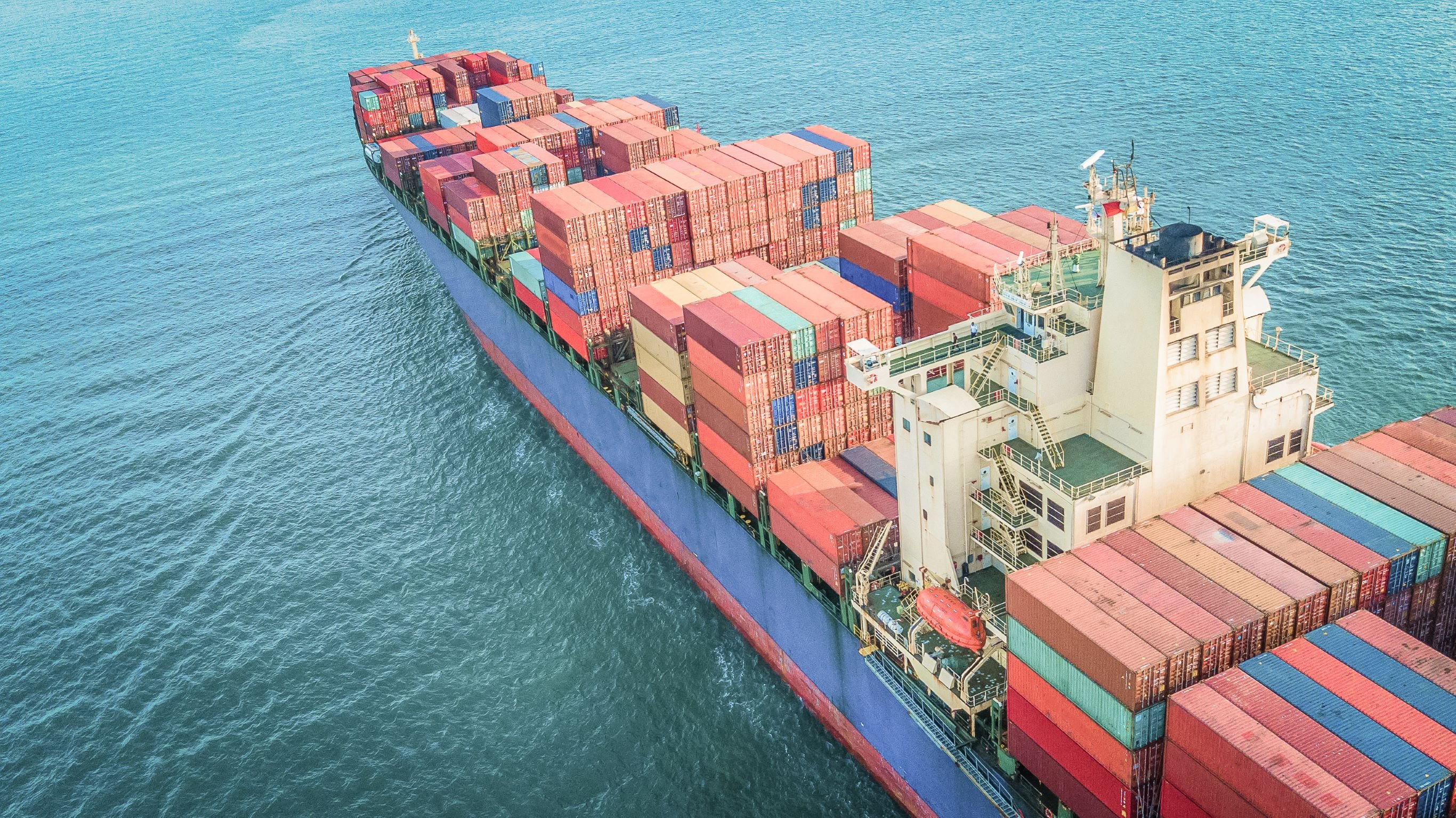 Maritime and port applications have to deal with many different factors, including highly changeable water and air motion. Reliability and precision are of the utmost importance in this field. Think for example, of underwater robotics, autonomous boats, maintaining the static stability of a ship on moving water, stabilized platforms for cameras or antennas, measuring sea or underwater motion, mapping the seafloor in hyperspectral detail, or maritime and port surveillance systems. The robust hard- and software, along with the anti-magnetic distortion filters of Xsens' MTi series, makes them a highly suitable, stable platform for motion technology applications at sea and in seaports.

Check our Marine and Ports solutions

Aerospace and drone applications are requiring ever-increasing accuracy and precision. Our solutions are widely used in this growing market, for applications ranging from surveying and inspection to test flying, gimbals for the movie industry, and wind energy solutions. Whether you need low-power consumption, low-latency, high-speed processing, or a lightweight and small motion tracking sensor, Xsens has a fit for any aviation, air or space application. 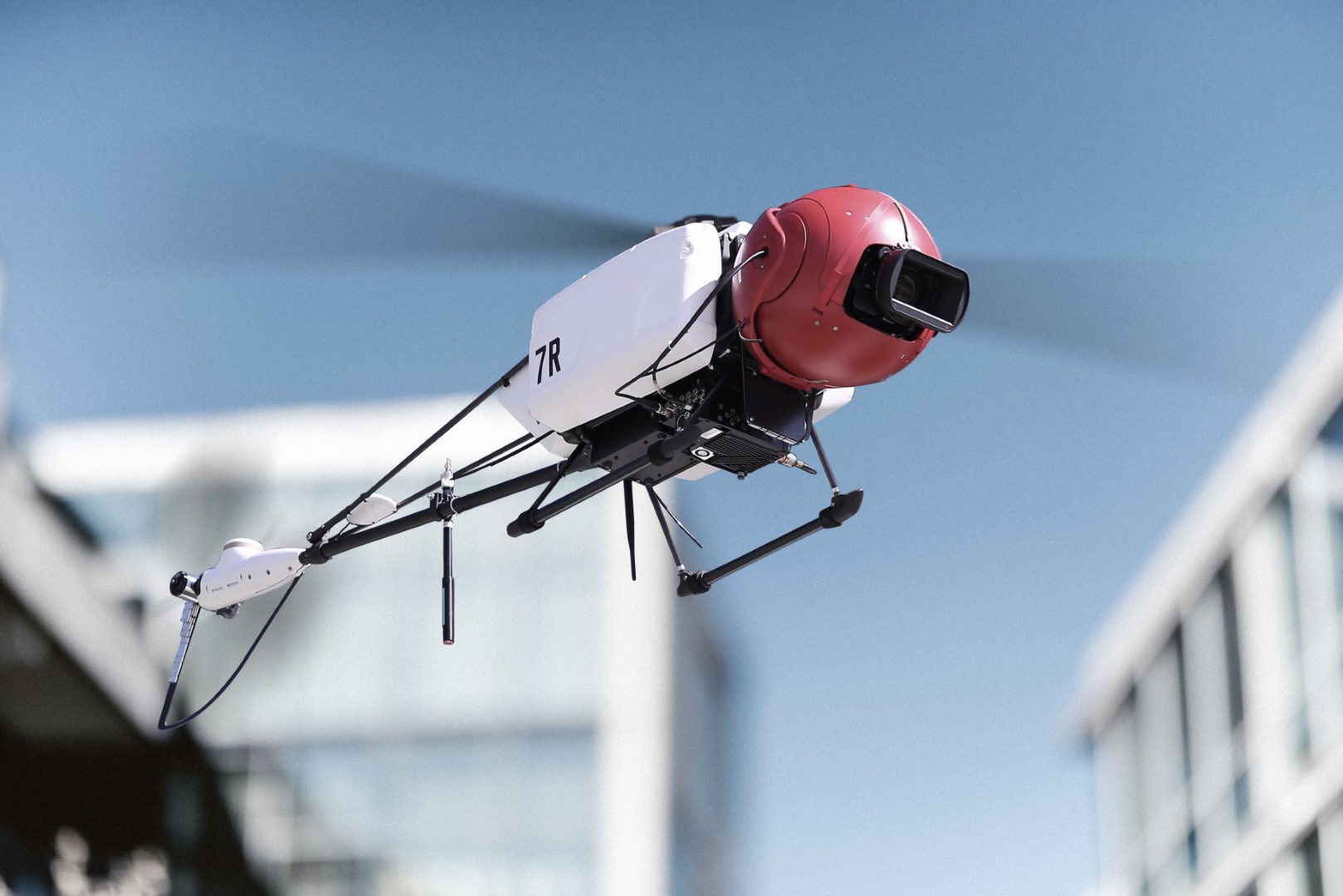 Warehousing and logistics are getting smarter all the time, thanks to collaborative robotics, autonomous vehicles, sensor technology and the Internet of Things (IoT). Motion tracking plays an important role in this exciting transition towards Industry 4.0. Our products cater to all the specific demands in this application area. One example is our vertical reference unit (VRU), which provides output on roll, pitch and heading without being referenced to earth’s magnetic field – the perfect solution for locations with high magnetic interference, such as indoor and underground warehouses.

We enable solutions to a wide and constantly growing range of other industries and applications. In addition to those mentioned, these include:

If you are interested in exploring the potential of motion tracking in an application area not mentioned here, please contact us. Our specialist teams are eager and able to develop challenge-driven solutions, using the most advanced technologies available today. 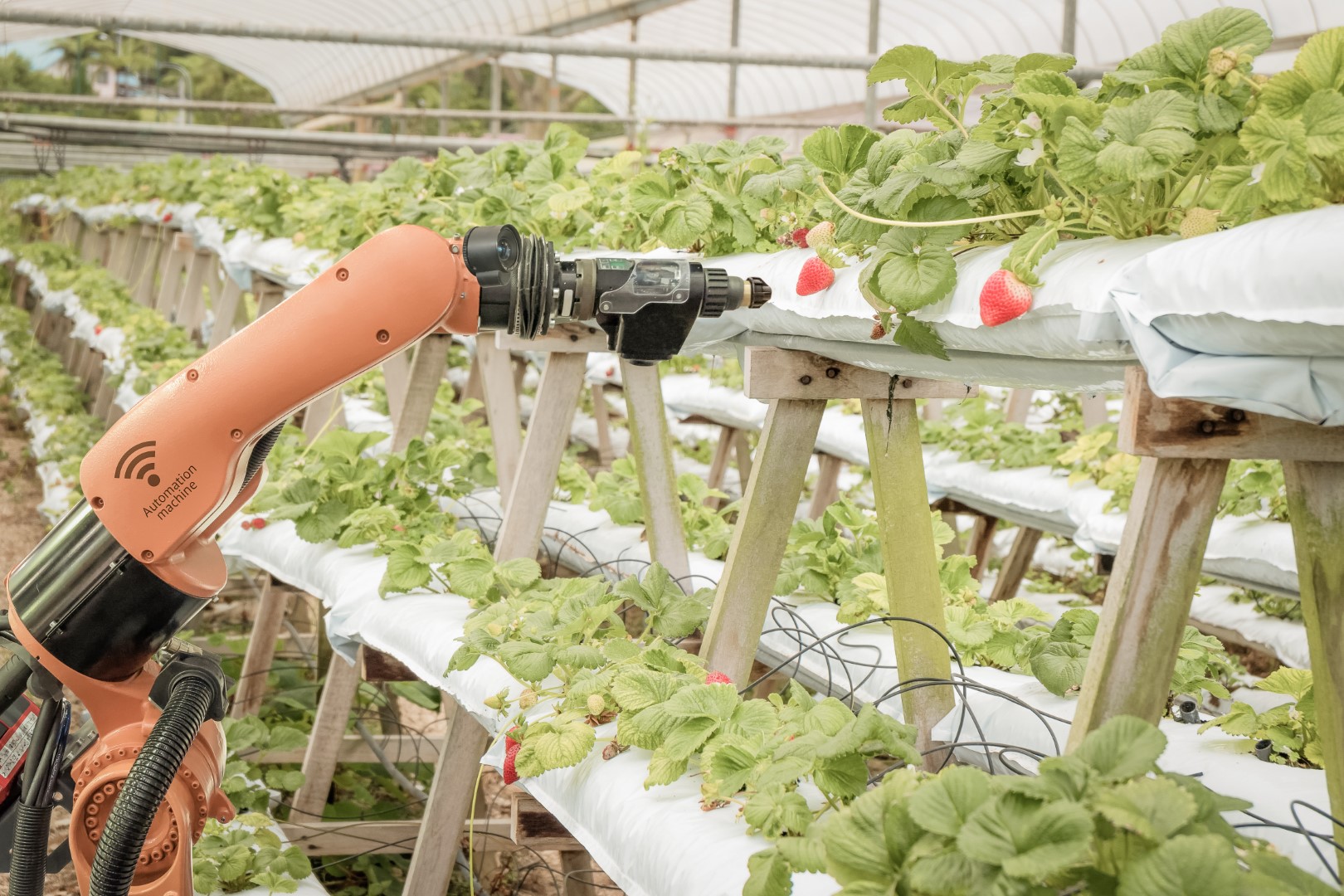 The MTi 1-series is our entry-level solution. At just 12mm x 12mm, it offers the smallest form factor. MTi-1 is surface-mountable, and typically used for high-volume applications. 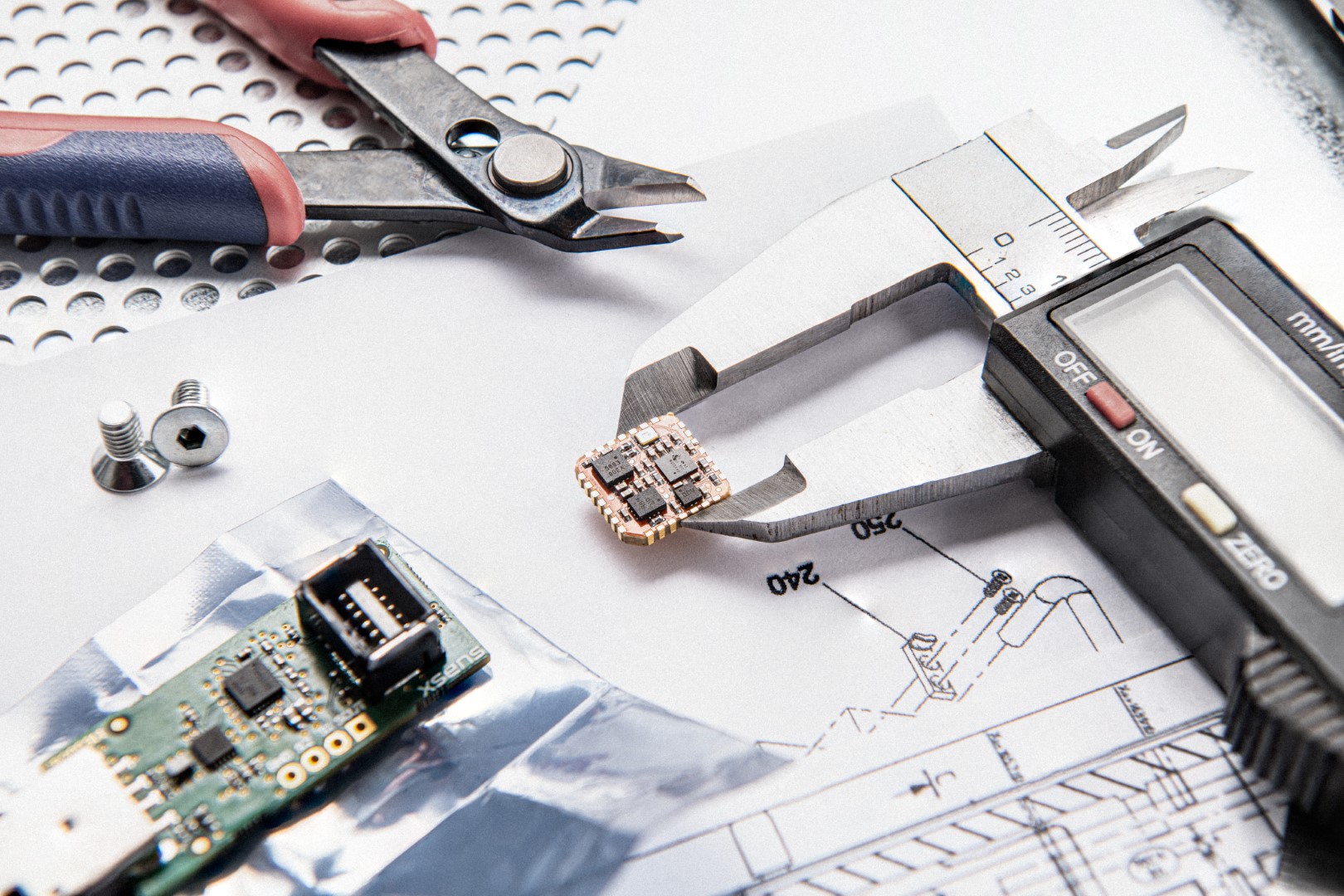 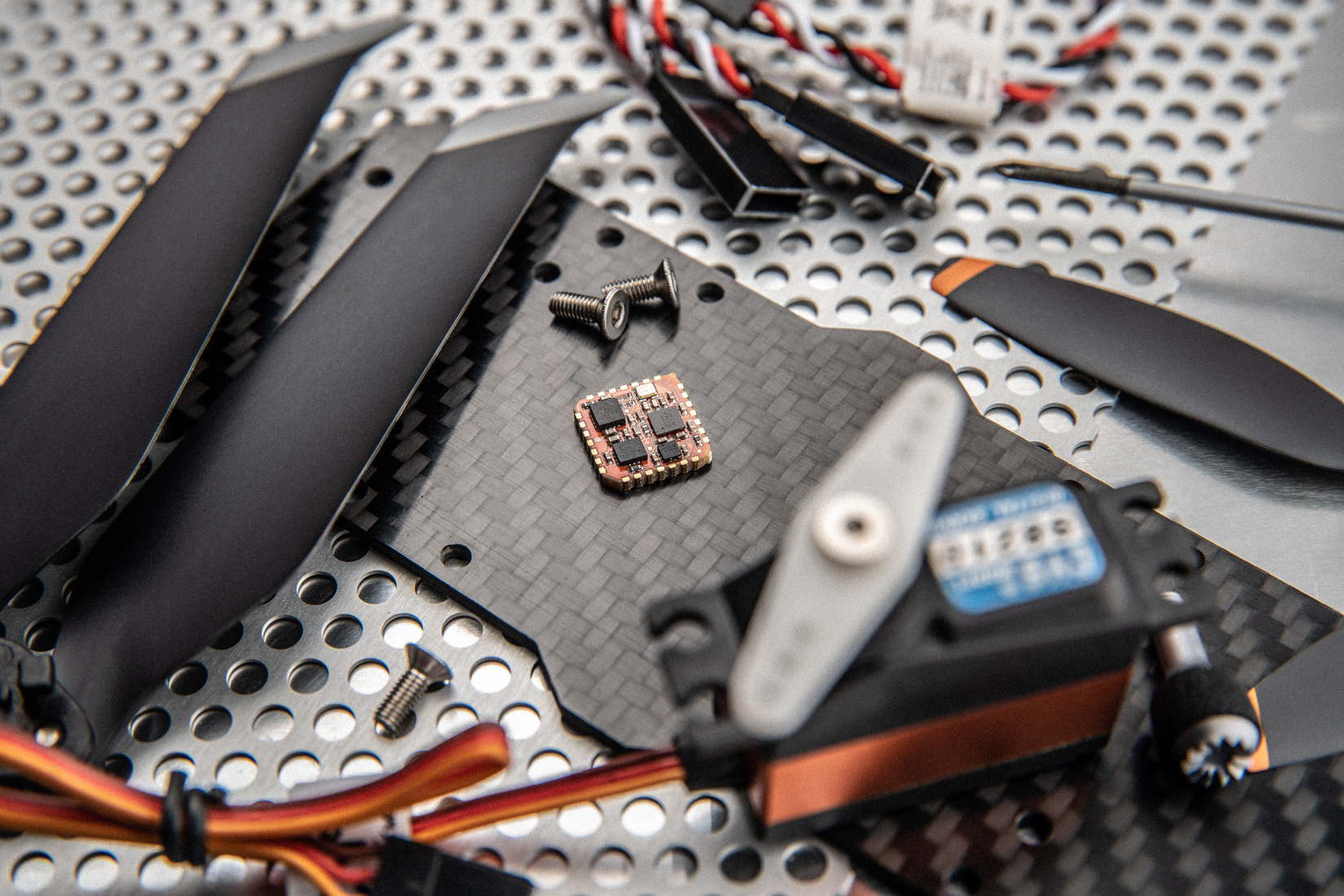 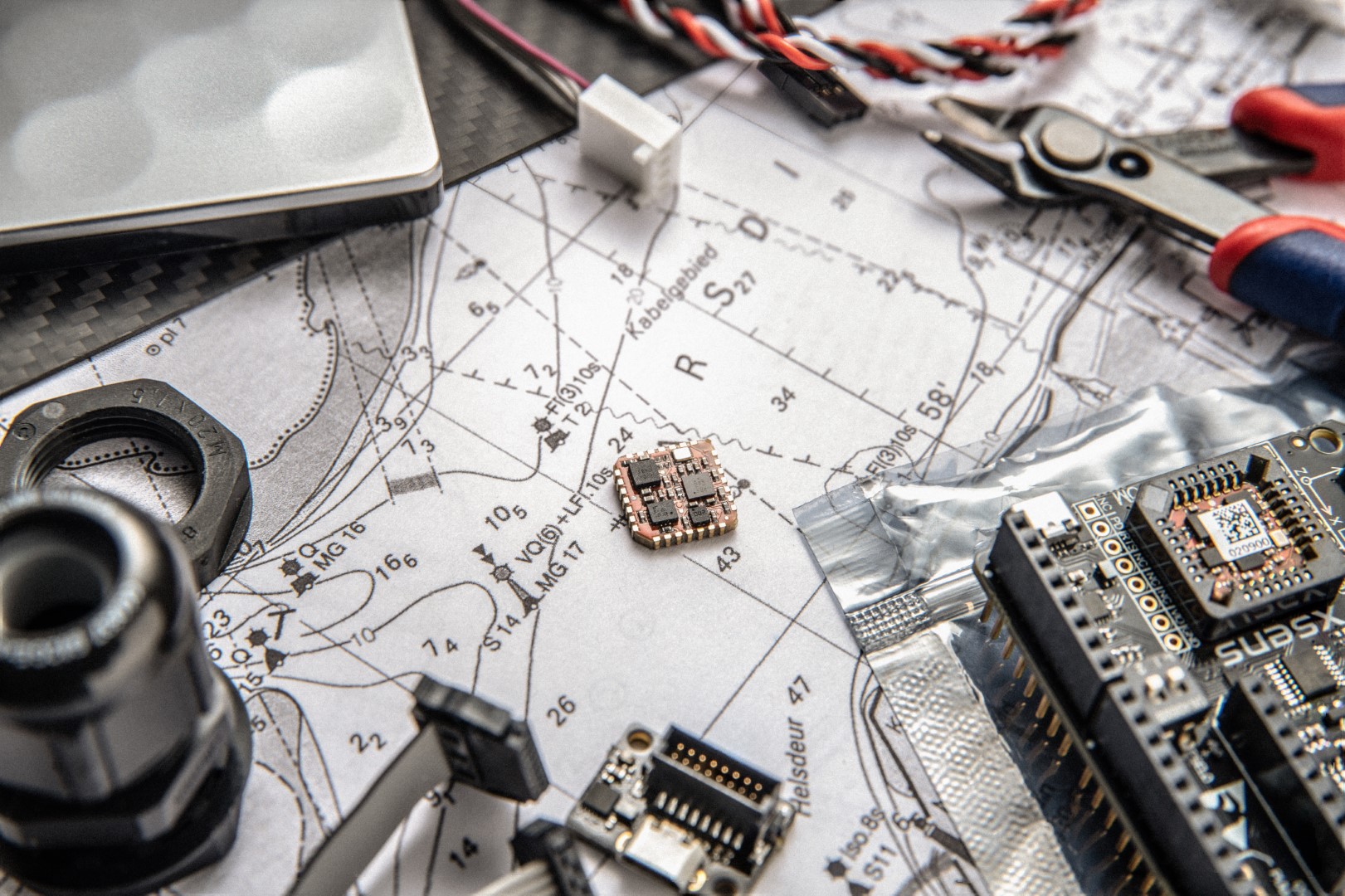 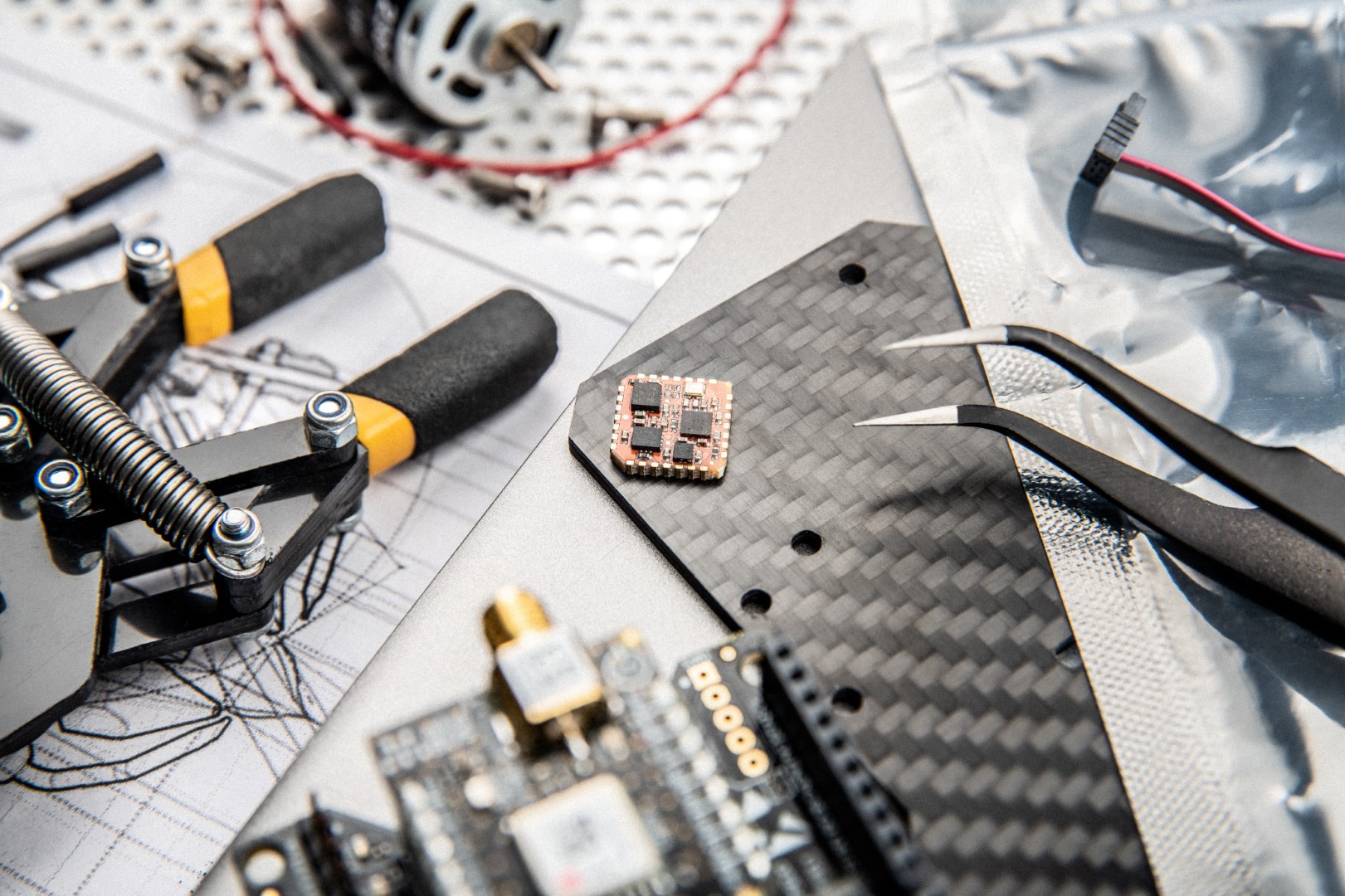 The MTi 600-series is the most versatile of our industrial-grade products, and your safest bet for almost any kind of industrial application. The newest lines offer refined sensor fusion algorithms, containing the most technologically cutting-edge components. 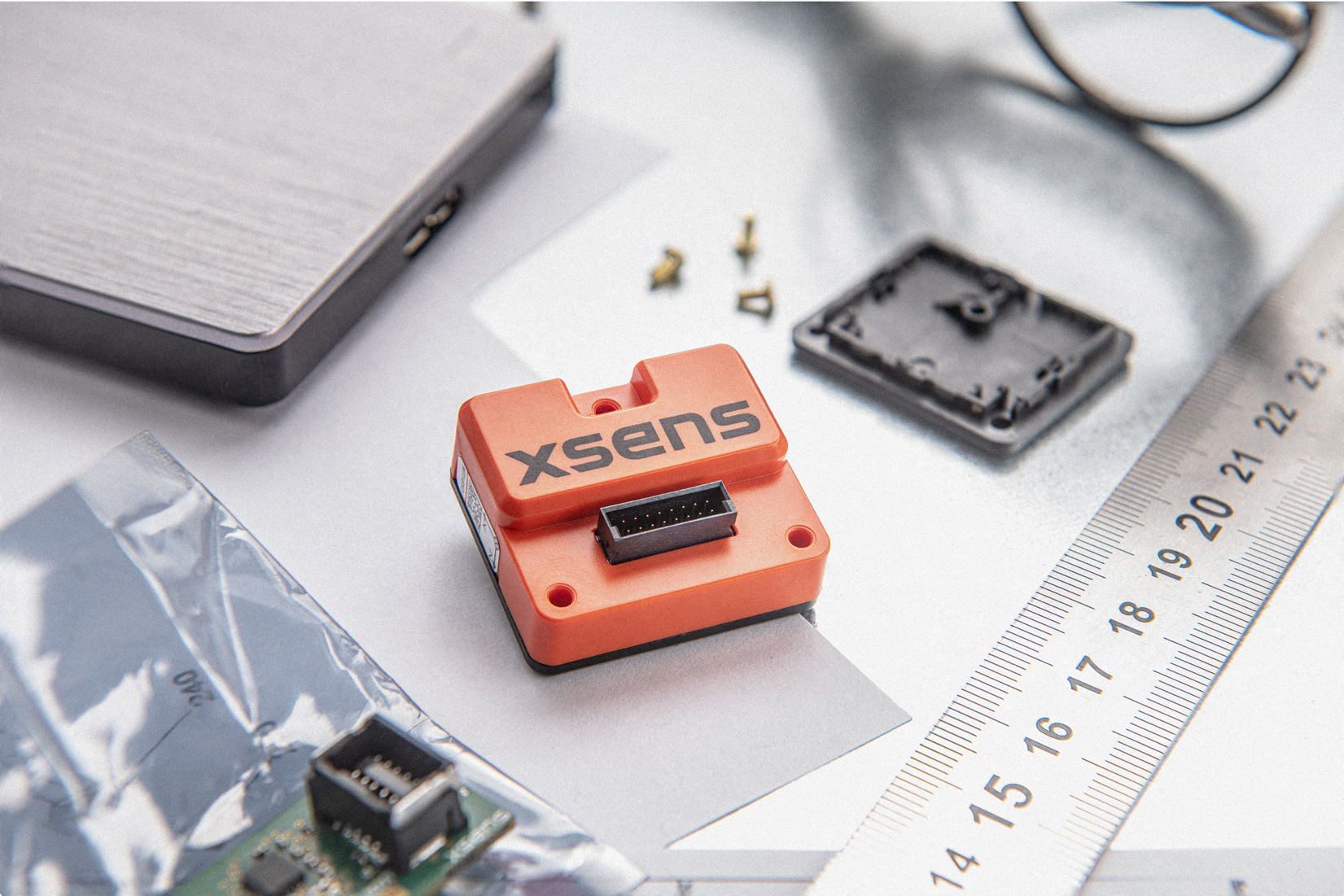 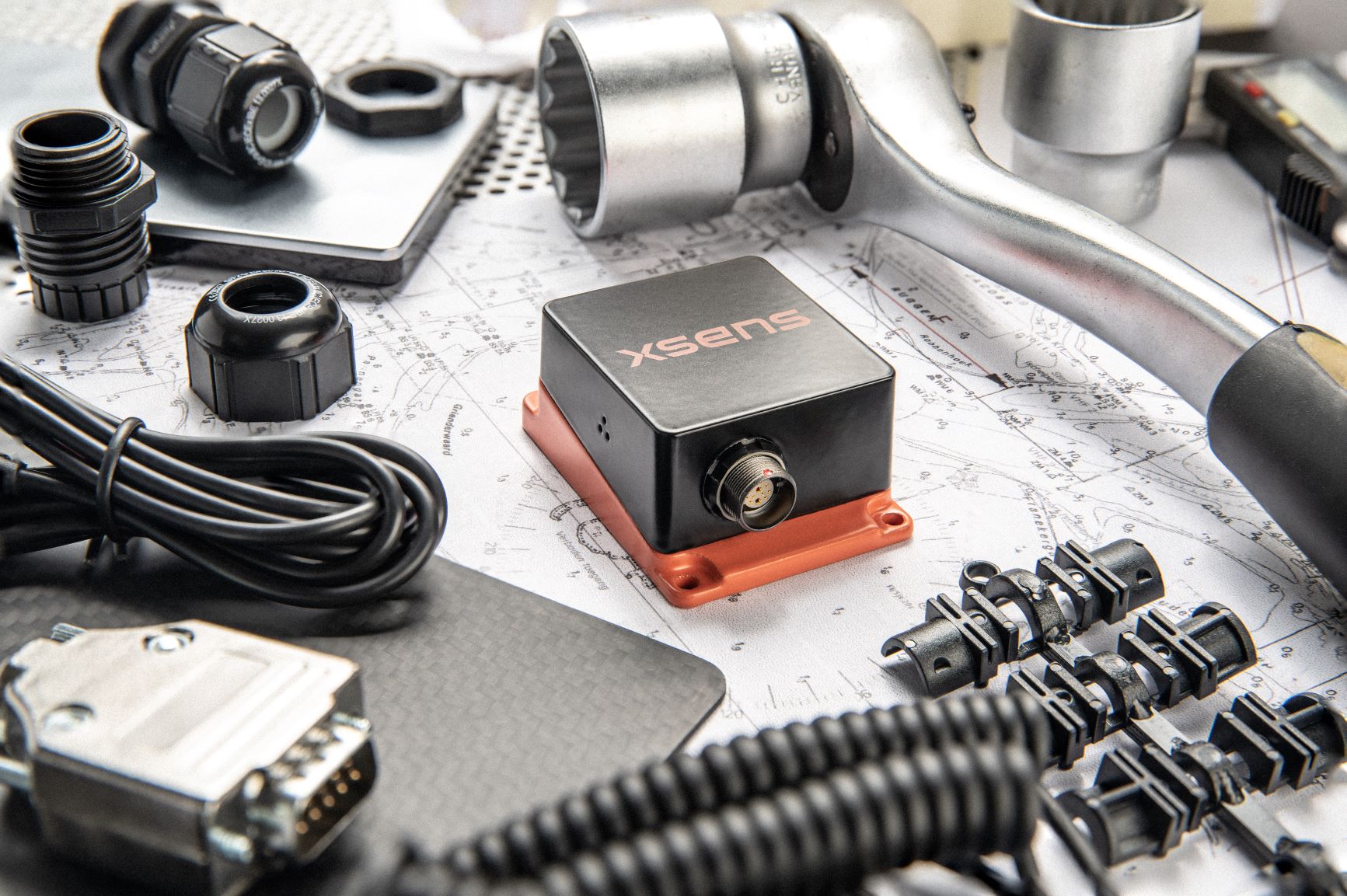 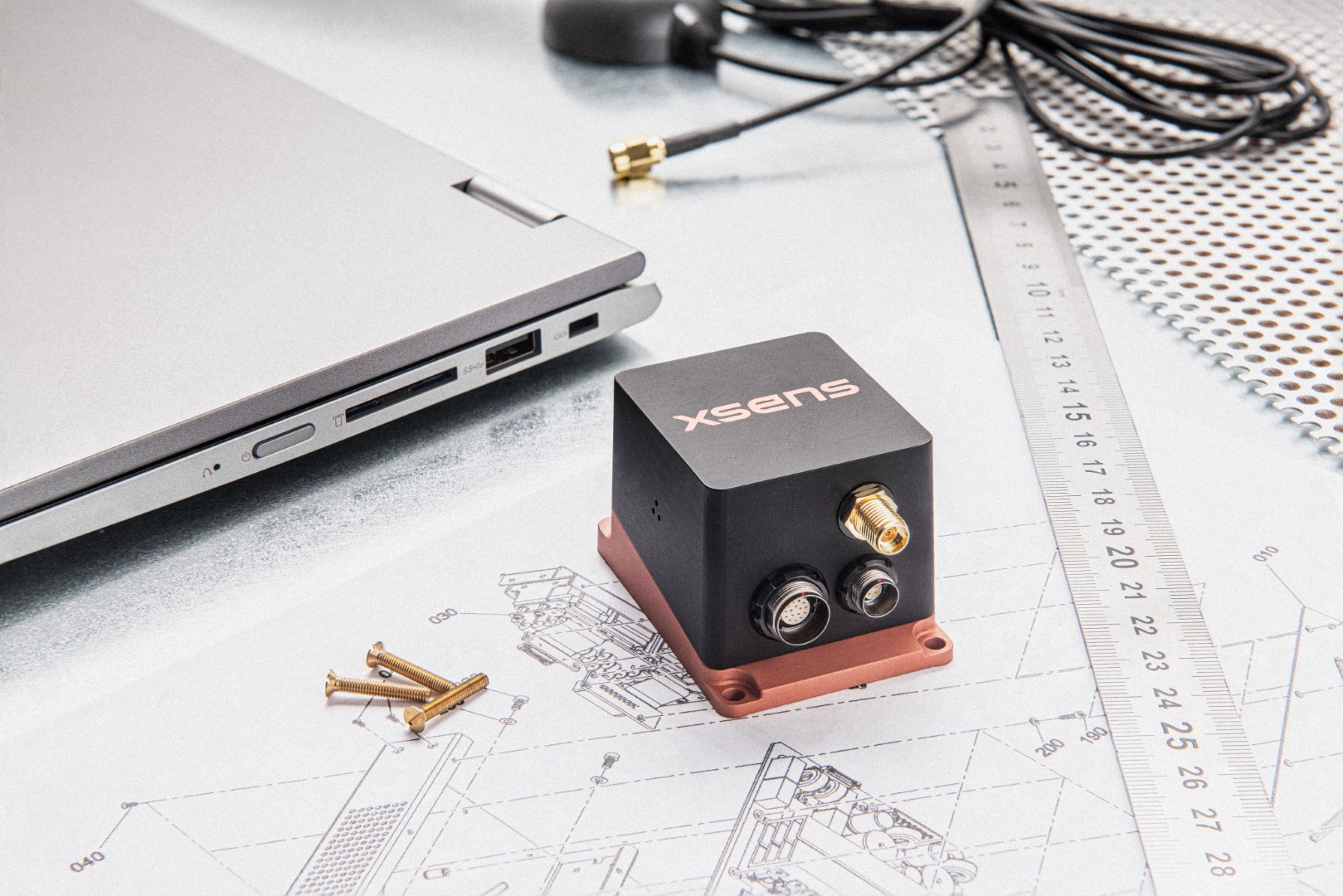 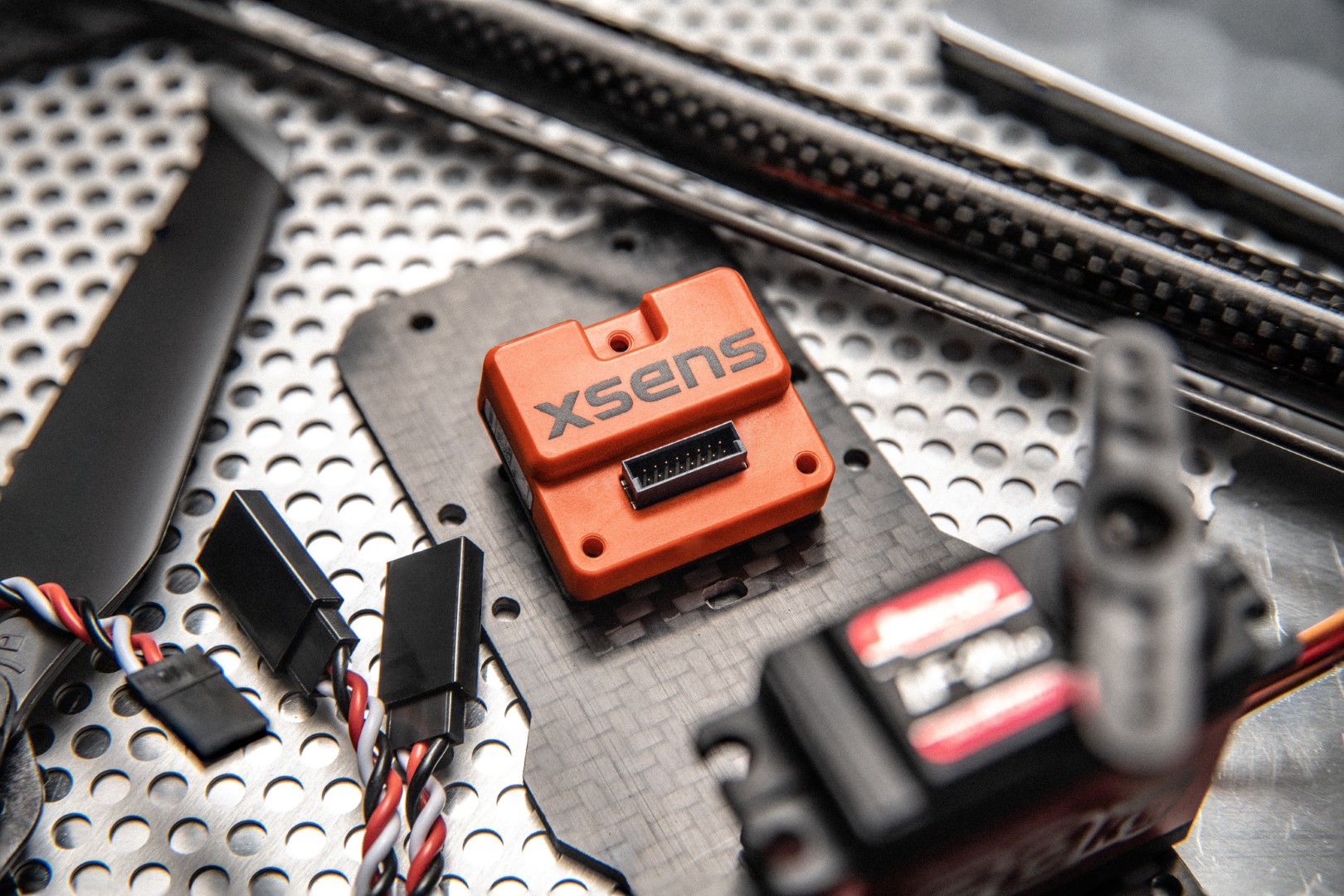 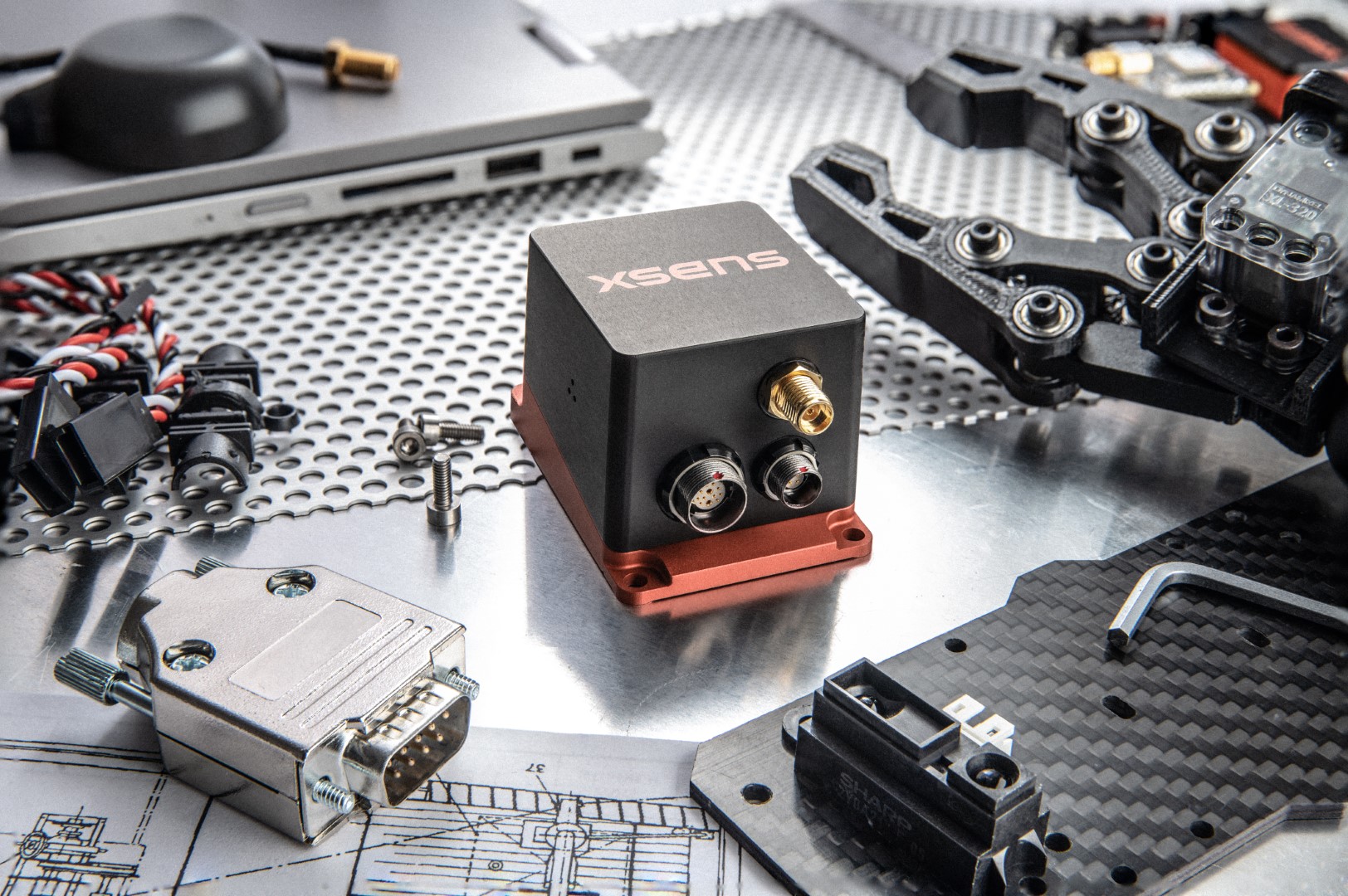 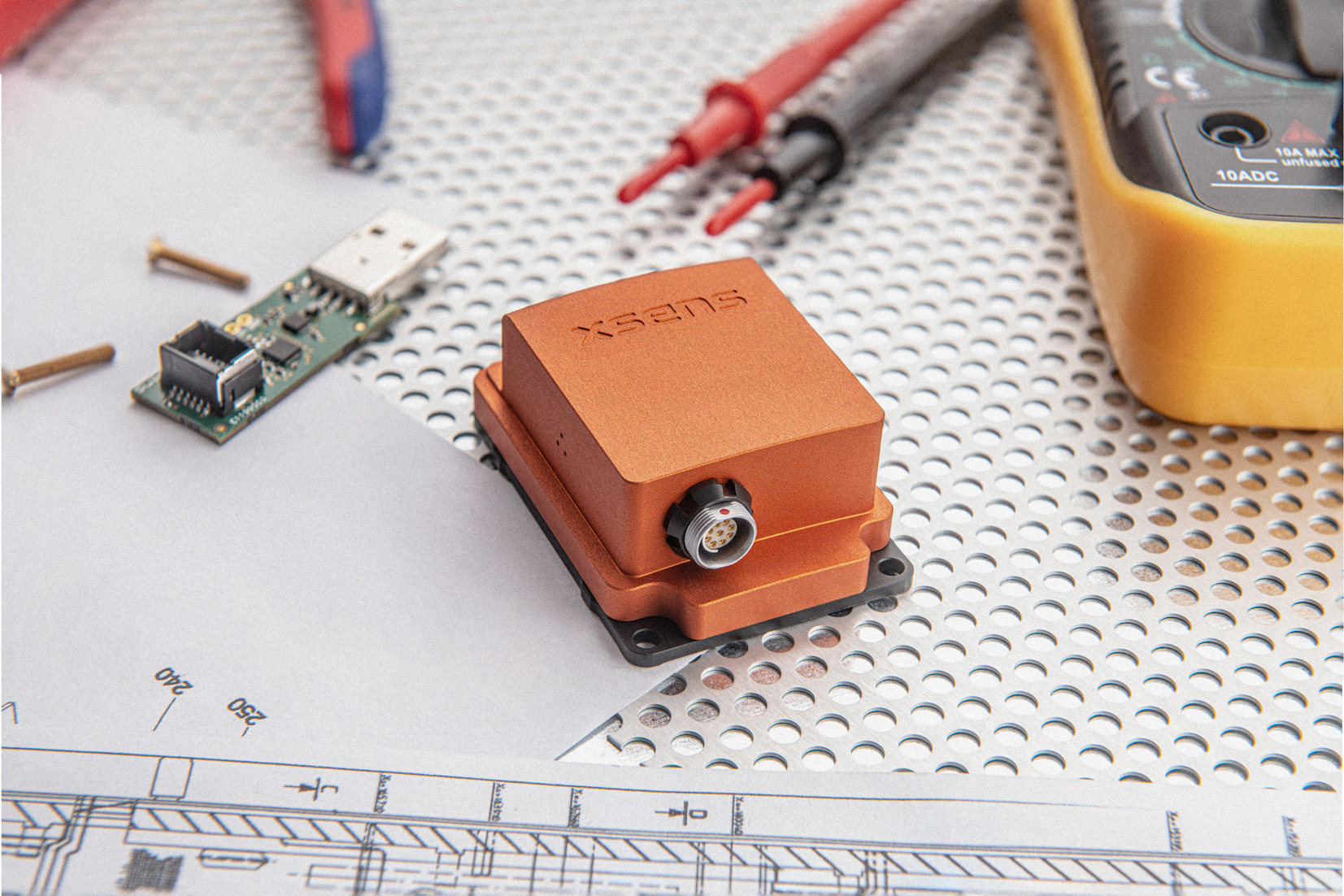 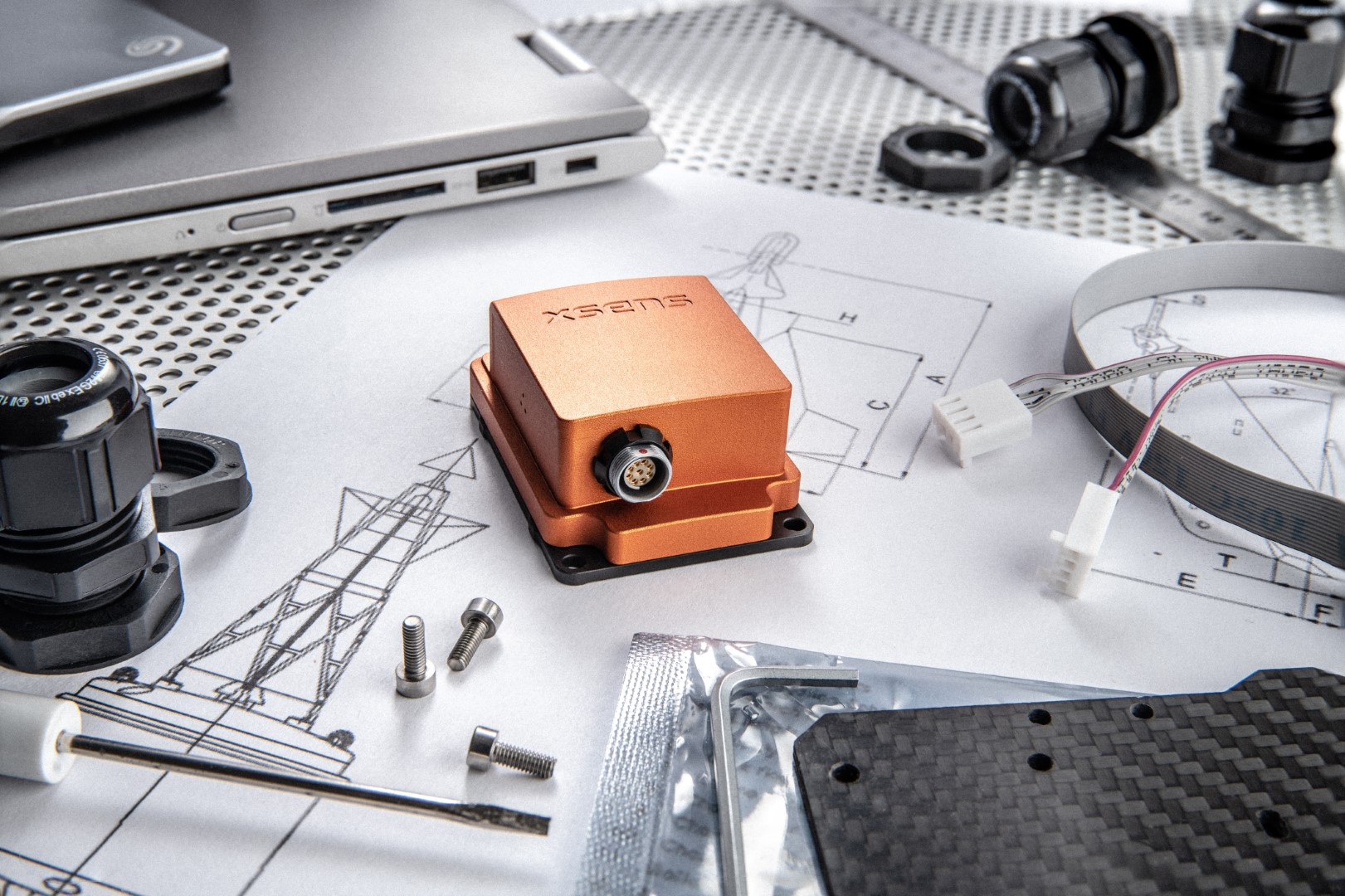 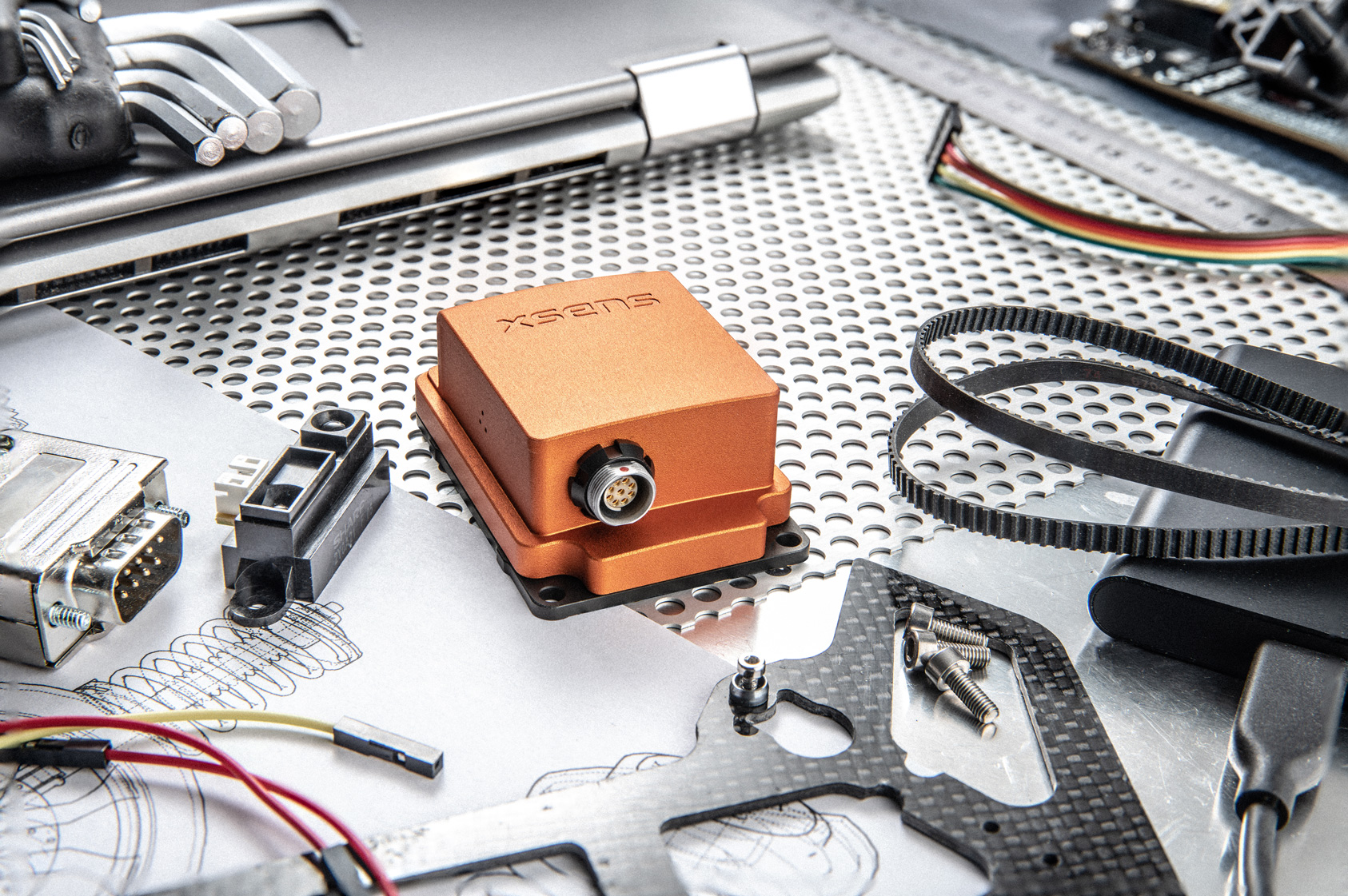 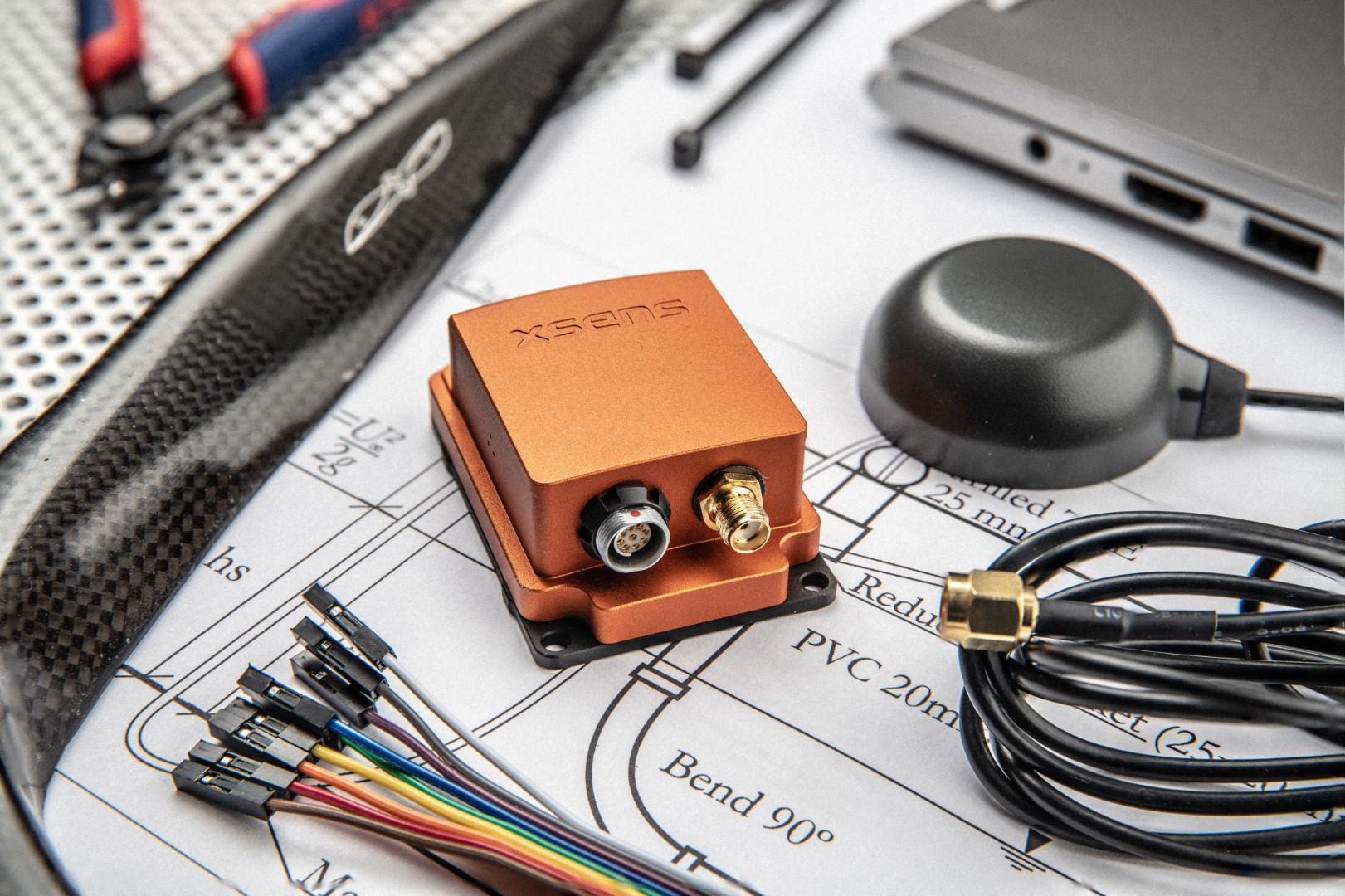 With the MT Software Suite, you always have easy access to Xsens’ products. The MT Software Suite contains a specially developed and easy-to-use graphical user interface, as well as drivers for various operating systems. It also offers many other useful tools, example source code and documentation.

Although you will probably find it easy to set up your MTi solution using the low-level XBus protocol, we’ve made communication even easier with the public Xsens Device API (XDA), which is completely in C-code. 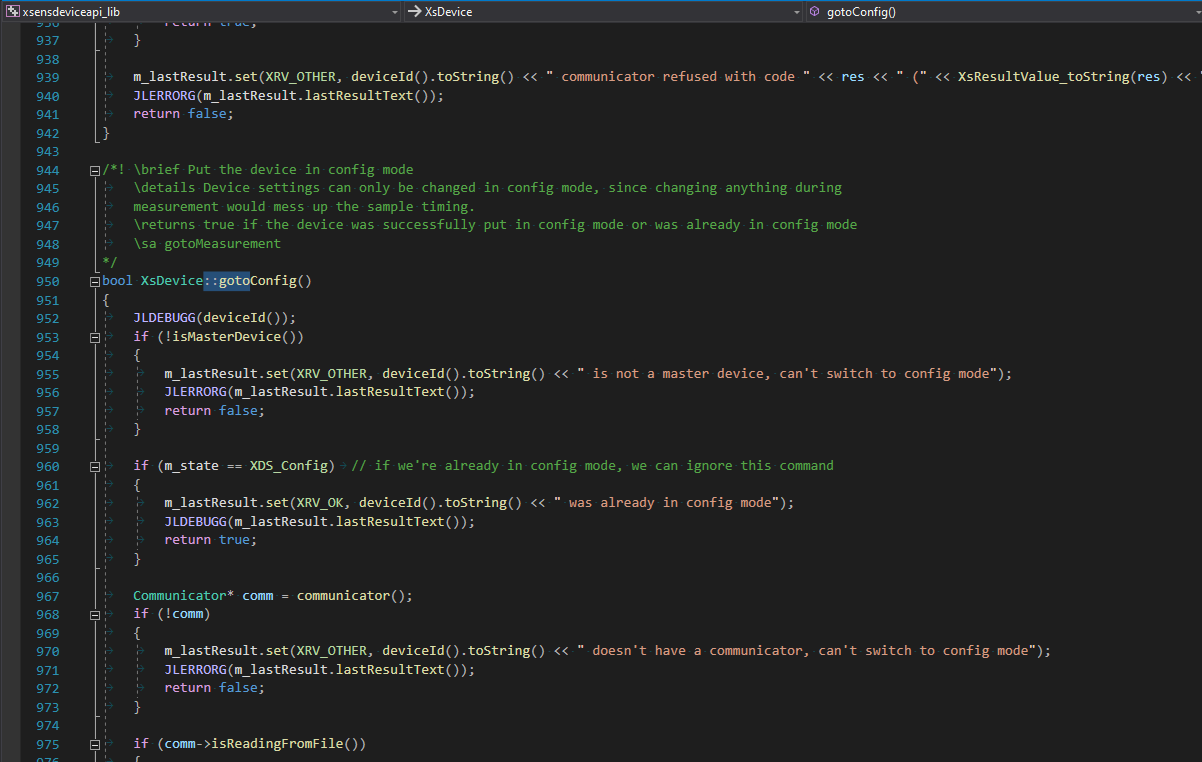 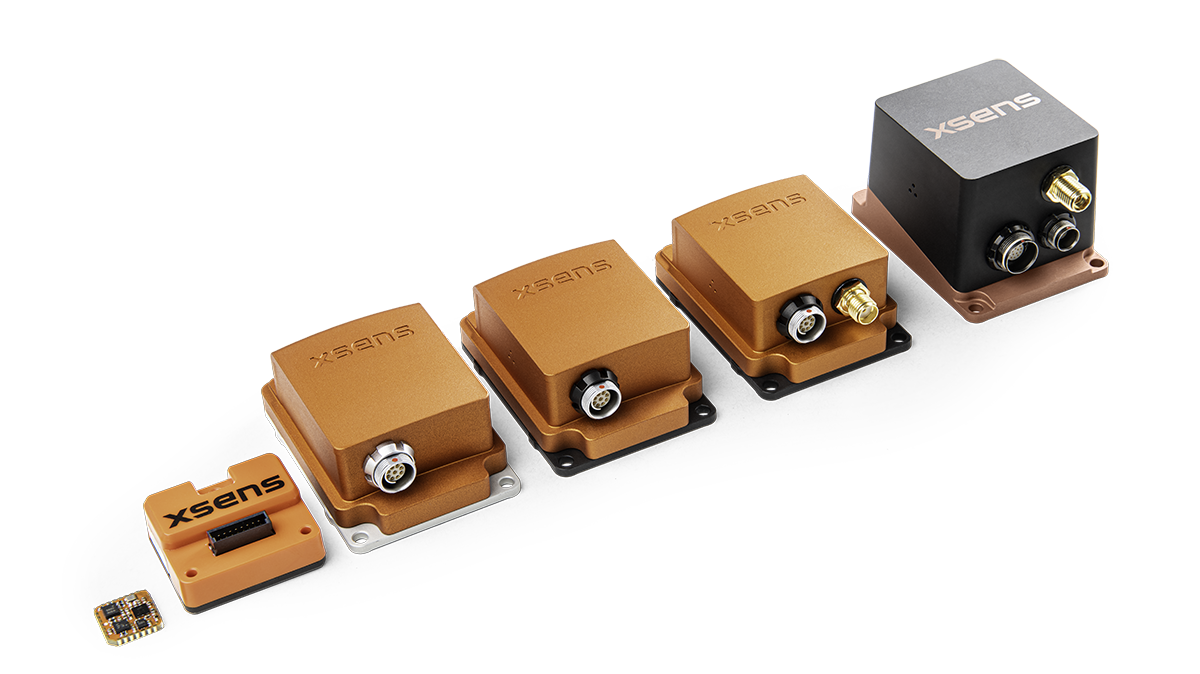 Are you looking for a custom motion tracking solution? Xsens is the perfect partner for you. We will form a team to discuss your needs and leverage our 20+ years of knowledge in MEMS-based hardware/software design, signal processing and algorithm development. We will design and produce the perfect motion tracker for you.

What are Inertial Sensors?

An inertial sensor, or Inertial Measurement Unit (IMU), is an electronic device that monitors the specific 3D acceleration, angular rate or 3D rate of turn, and magnetic field of a (moving) object. It uses an accelerometer, a gyroscope, and a magnetometer to provide calibrated measurements on the motion of the object carrying it, such as a drone or autonomous vehicle. IMU technology is widely used in drones, robotics, fleet operations, digital mapping, test driving and flying, and warehousing, among other areas. For applications such as surveying, where the data have to be available after the operation, the IMU may be connected to an internal data logger.

Read more about our IMUs

At a more advanced level, sensor fusion technology is added in order to make orientation calculations on the basis of the data provided by the IMU. Depending on the technology used, either the roll, pitch and unreferenced yaw can be determined, or the roll, pitch and referenced yaw. In the first instance, the yaw output is relative to the zero point, that is, the yaw orientation when the filter was initialized or when the last heading reset command was sent. In the second, more advanced, instance, the yaw output is referenced to True North.

Read more about our VRU and AHRS systems.

Read more about our GNSS/INS systems. 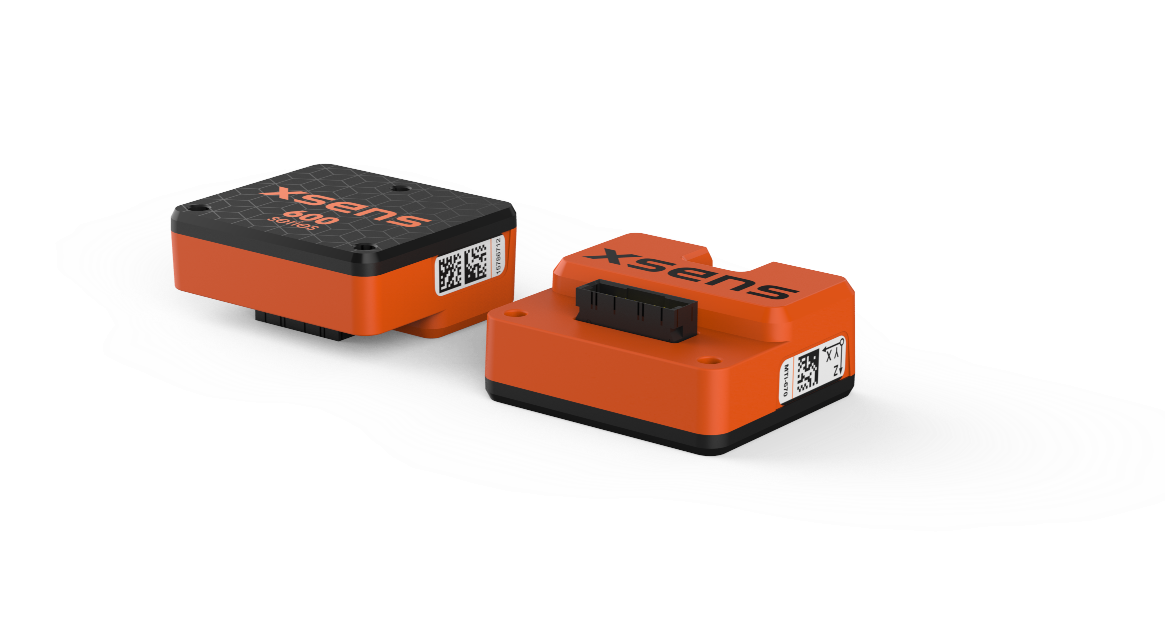