For the avid golfer, perfecting your swing can take hours of dedicated focus and practice. In golf, the difference between a slice and a great shot can come down to tiny, and often unseen, flaws in technique, frequently resulting from an errant swing path learned habitually over time. These underlying problems can be hard to identify and resolve.

We spoke with deWiz co-founder and Chief Technology Officer Markus Westerberg to find out more about how Xsens is powering the innovation behind this revolutionary new swing modifier for golf.

Getting into the swing of things

The idea behind deWiz was conceived several years ago when Christian was trying to eliminate the slice within his swing. At Ljunghusen Golf Club in Sweden, Christian hit two slices out-of-bounds on the 18th hole and hit himself on his forehead. That is when he came up with the idea to deliver feedback via a device during his swing, not afterward. After discussing with Markus, they started to pursue developing a training accessory that could provide clear physical prompts, conditioning the mind to perform the correct movements. 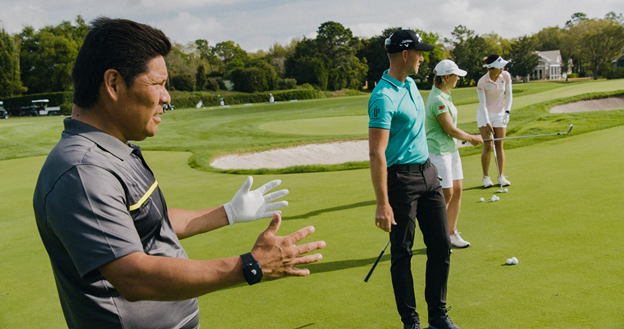 After researching the market extensively, the pair decided to build their own device from the ground up, utilizing Xsens’ MTi-1 sensor technology to produce the first proof of concept in 2017. Fast forward to 2021, and deWiz has now gone to market with its eCommerce platform at deWiz.

“There are many gadgets on the market that assist in performing a swing, ensuring that the player uses the correct movement while in use. The problem with these sorts of devices is, once removed, the technique breaks down and the old swing habits return. That’s why we wanted to be able to tap into the subconscious mind, where the memory of a movement resides,” explained Markus.

Inside the device, there is a low-powered sensor used to identify when the golfer is about to take a swing. Once this has been identified, the Xsens MTi-1 sensor is activated – deWiz uses this concept to minimize power consumption. The low-drift capabilities inherent to the Xsens sensor’s technology means deWiz can measure a swing nearly instantly with precision under ±1cm in a 3D space.

deWiz is adapted specifically for golf swing movements. When the user puts on the wearable device on their wrist, the Xsens sensor accurately tracks the user’s movement pattern, which allows the deWiz algorithm to instantly ascertain any flaws in the swing technique. Within milliseconds of performing the swing, Learning Stimuli feedback in the form of a small electrical pulse on the underside of the wearable alerts the brain of a flawed swing, allowing a golfer to modify their swing pattern

“deWiz provides a primary user experience because of the real-time feedback. Other swing analysis tools have secondary experiences that require looking at a screen or looking at data and translating that data into functional motion. While this has benefits, it’s ultimately a trial-and-error process and a secondary experience. deWiz provides instant feedback – the logic is based firmly on the user’s ability to learn at a faster speed because they know precisely where their swing is going astray and their brain can rescript their swing pattern exponentially faster,” said Markus.

The aim of deWiz is to enhance the user’s performance and the experience between students and coaches. Data is stored and presented within the deWiz app, which makes tracking technique over time straightforward – it’s even possible to favorite well-performed swings and use that data as a benchmark for comparison. Coaches can even gain access to a student’s data and provide feedback from a remote location when they’re not completing sessions together in person.

The technology is built with experienced golfers in mind, providing a heightened level of analysis that’s very difficult to obtain without motion sensor technology. Bryson DeChambeau, Lydia Ko, Annika Sörenstam, Vijay Singh, and Henrik Stenson are just a few examples of some of the professional golf ambassadors consulted during the testing and development of deWiz. 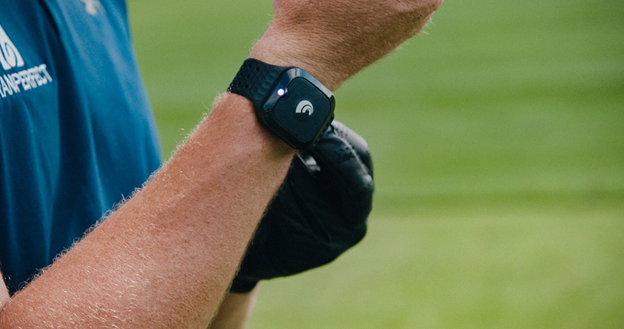 “We couldn’t have built deWiz successfully with other technology – the Xsens MTi sensor brought us hope. When we found Xsens, it was already at the level we were aiming to reach. The accuracy is incredible,” said Markus.

Currently, in the early phases of launching deWiz, Markus has future plans to expand the platform’s interface, adding functions suitable for beginners. There’s even the possibility of expanding the platform to other sports with similarly repetitive movements.

Want to know the right inertial measurement unit for your application? Try our product selector and find out what MTi you need.