Over the years, video games have increasingly turned to narrative to deliver drama beyond the excitement of instant gratification. After all, without a good story, swinging a sword or firing a gun means little.

Few companies have been as innovative or consistent in this regard than Telltale Games. Founded in 2004, the San Rafael, California studio has produced numerous titles that prize story and character over brutality and bloodshed.

Working with properties like The Walking Dead, Minecraft and Game of Thrones, Telltale’s feedback loops are powered by character interaction and spare-of-the-moment decision making. Players don’t choose where to shoot and when: they shape the course of the very quest they’re on.

Crafting these stories requires more than just a good script and talented voice performances. They need characters that move and act with the tempo of the story. That’s why Telltale’s motion capture pipeline is powered by Xsens MVN suits, elevating the on-screen animation without the hassle and investment required of optical capture solutions.

Marvel’s Guardians of the Galaxy: The Telltale Series was the most recent project to bear the fruit of Xsens’ inertial solutions…

Like its big screen counterpart, Marvel's Guardians of the Galaxy: The Telltale Series follows Star-Lord and his space-faring crew as they explore the universe (and bicker incessantly).

“Obviously, character animation is therefore very important, as we have to make so much of it! We have a large suite of specialized tools to do so, and being able to produce animation fast and at a high-quality level is super important. Xsens is one of those specialized tools, and it’s making a big impact.”

With five or more episodes produced for each game series (per season) at Telltale, the studio needs these fast, efficient solutions, enabling the team to produce a great deal of content at a high turnaround. Traditional mocap approaches wouldn't fit the bill.

"We wanted to do mocap in an agile way at Telltale," says Mathus. "Traditional cinematics mocap production, where you capture full shots, requires large amounts of pre-production and planning. It’s not a very iterative process, and part of our special sauce is that we iterate on our games a lot; that's how we get to a good story. We needed flexibility in mo-cap, so we decided to do it in-house."

Using Xsens – which is powered by inertial technology, rather than sensors – Telltale didn’t need an elaborate capture rig or to book time in a studio. And this was important, given that the developer didn’t want to capture full scenes in one go.

Instead, Telltale used Xsens to capture what it termed “construction animations” – fragments of mocap that cinematic artist could use to build and iterate on Guardians’ cut-scenes.

"The Xsens system has a very small footprint; the whole thing fits into a cabinet that we keep in the corner of a conference room," says Mathus. "It's very user-friendly from that standpoint: you don't need to set up a whole gantry with cameras like you would with an optical system. And the software is straightforward. Xsens has been very cooperative in supporting us and educating us on how to get the most out of it.”

Rather than hire actors, Telltale's animators use Xsens MVN suits themselves to capture each character's library of animations – from Yondu to Rocket Raccoon. They simply don the suits, calibrate, capture what they need, and carry on with their day – no hassle!

Furthermore, Xsens inertial motion capture solutions present a faster process than keyframe animation, and the results are often better: the characters in Guardians are realistically animated and clearly differentiated. Star-Lord has his trademark swagger, Drax his staunch, comical impudence. Via Xsens, Telltale’s CG assets become vessels for the characters they’re intended to imitate.

Mathus praises Xsens for continually improving its MVN solutions, and for the innovations currently on the horizon: Telltale is a beta tester of Xsens upcoming revolutionary software update – one that could change the course of mocap forever.

With the studio seeing improved results with each update, the technology is sure to remain a permanent part of the studio pipeline: "Xsens is extremely collaborative, sending us new tech as they develop it," concludes Mathus.

"It makes me happy to work with Xsens – we’ll be capturing a whole bunch more animation over the coming years!” 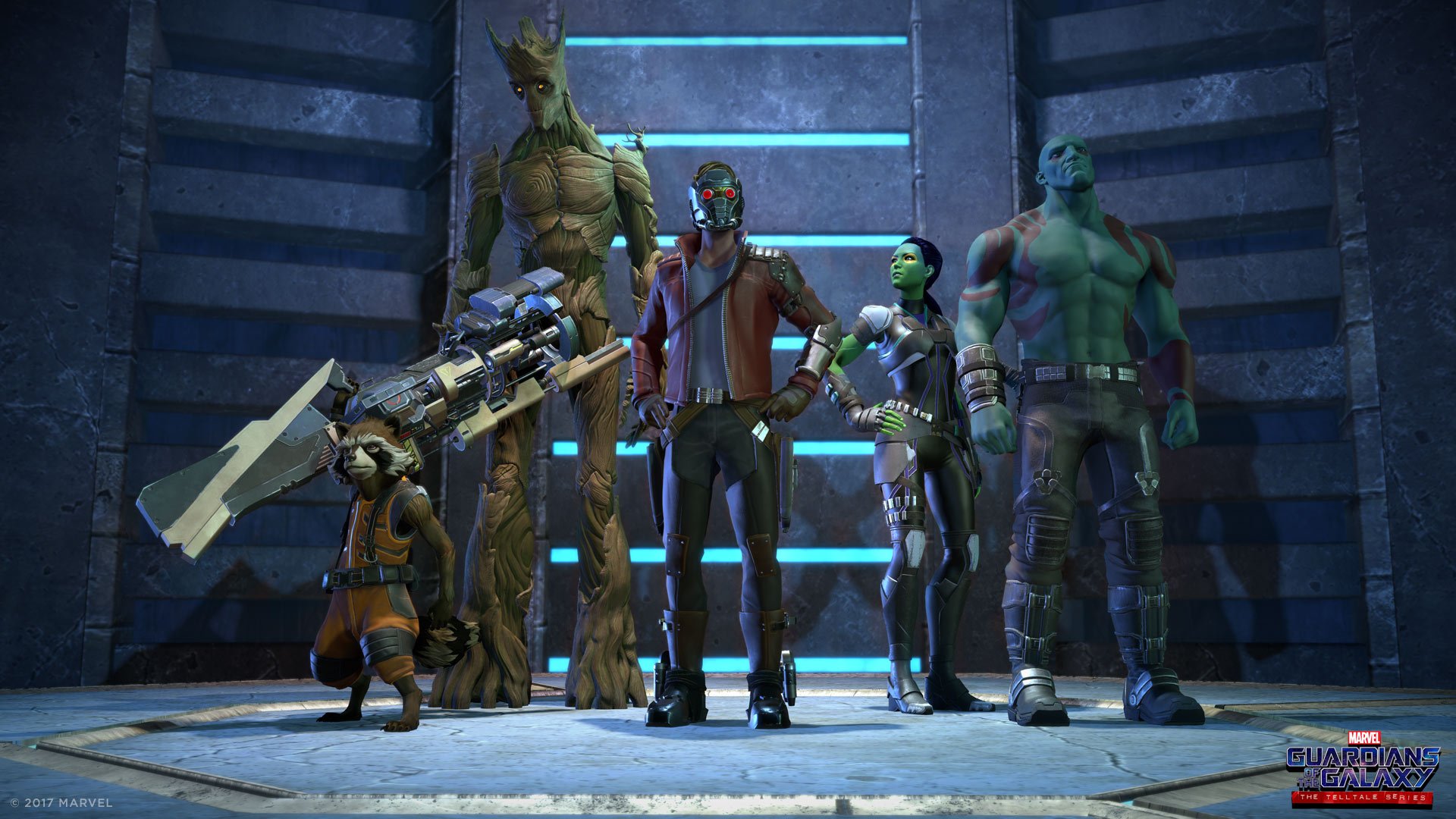