When selecting components, the parameters of size and weight are generally at or near the top of an aircraft designer’s list of priorities. Space is always limited inside an airframe. And the lighter the aircraft, the less power and fuel are required to lift it into the sky and keep it airborne.

So aerospace engineers are frequently tasked with reducing the size and weight of a component or sub-system. This often calls for the evaluation of new, advanced materials, or a radical re-thinking of an engineering design or process.

When CDO Technologies was invited by the US government to develop a prototype of a novel TSPI (Time and Space Positioning Information) flight test module, however, the hardware design turned out to be rather more straightforward. CDO’s prototype for a much smaller, lighter TSPI module for light aircraft comprised a strip of adhesive tape, an off-the-shelf rugged tablet and GPS antenna, and a matchbox-sized motion sensor from Xsens. 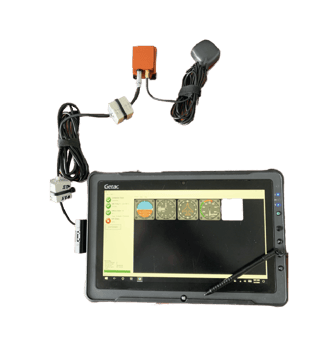 The trigger for CDO to develop its novel flight test system was dissatisfaction with existing stand-alone TSPI systems in use, particularly in smaller aircraft. A TSPI system is a fundamental element in any flight test: when testing an aircraft’s systems, such as communications, flight controls or engines, the TSPI provides a baseline for an understanding of the operation of the system under test, enabling the test engineer to log the behavior of aircraft systems at known speed, acceleration, altitude and attitude.

But an FOG has three main drawbacks in aerospace applications:

In addition, TSPI systems based on a conventional FOG typically require a differential GPS satellite positioning receiver for accurate altitude readings. Access to differential GPS signals is available on subscription, but is expensive.

The goal of the new TSPI prototype was to improve on all these features, creating a working design for a TSPI module which was much smaller and lighter than instrumentation in common use today, and avoiding the need to pay for differential GPS subscription. Chris Smith, a research engineer at CDO Technologies, describes the breakthrough that the developers made on learning about the use of Xsens GNSS/INS modules for position measurement in submarines. ‘A submarine, like an aircraft, presents electronic equipment with a challenging operating environment. In many ways, the 3D space in which a submarine operates in is similar to the aerial environment in which aircraft move. And like aircraft, submarines are subject to space constraints, which is why an Xsens motion sensor is attractive in that application.

‘CDO Technologies’ sponsor in the US government had asked us to investigate options for TSPI instrumentation which would be better suited to use in light aircraft - something lighter and smaller than the traditional FOG-based system. With the Xsens motion sensor used in submarines, the answer was staring me in the face. The device is a ready-made sensor system-in-a-box for TSPI systems – it gives all the position measurements needed for TSPI instrumentation, and because it is supplied as an integrated module, the outputs from the device are synchronized and calibrated.’

Inside an MTi-G-710’s shielded enclosure, there are a 3D accelerometer, 3D MEMS gyroscope, 3D magnetometer, GNSS receiver and a barometer, all operating at very high levels of accuracy and precision. It also provides an interface to an external GPS antenna. The MTi-G-710’s sensor fusion software, which intelligently combines each sensor’s outputs, helped to simplify the CDO team’s software development: the output from the MTi-G-710 is a precisely timed stream of roll, pitch, yaw, position, velocity and altitude measurements at a sampling rate of up to 400Hz - all the measurements which are required in TSPI instrumentation. 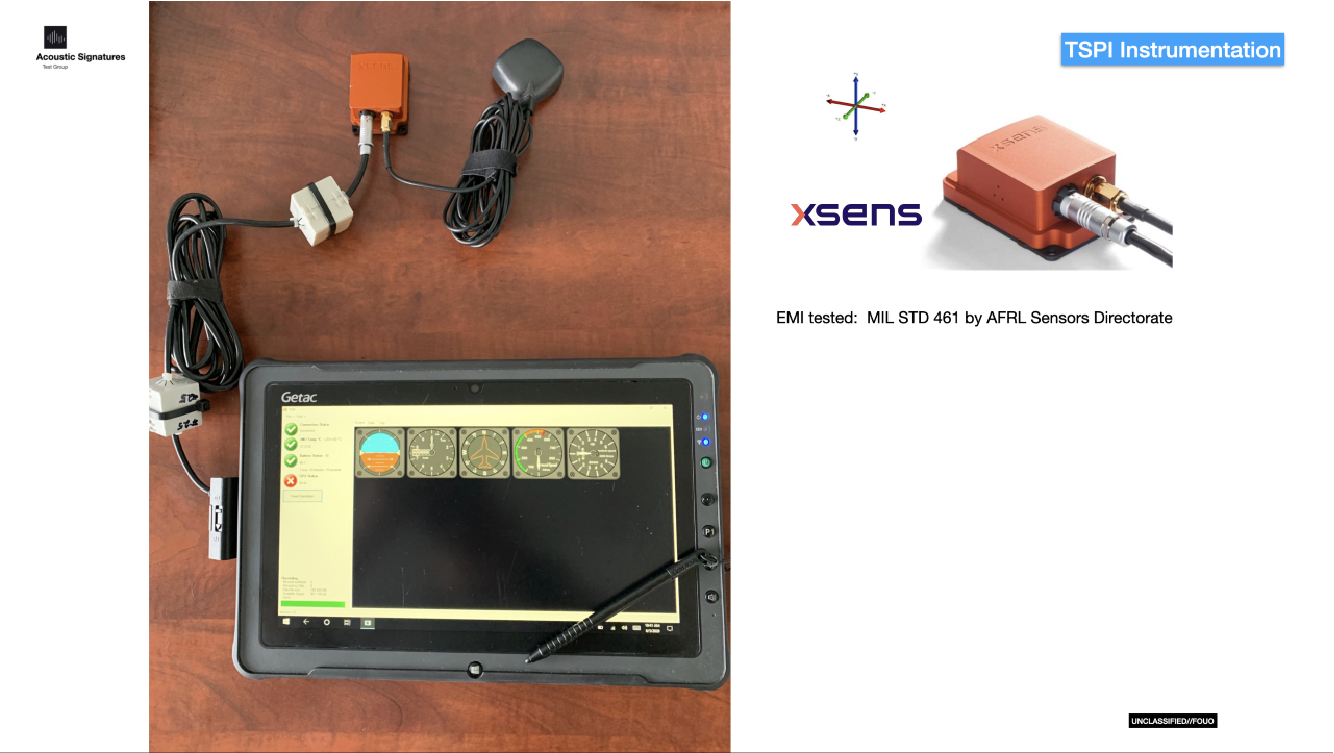 Chris and his team then drew on their expertise in flight systems technology to develop a user interface and back-end logging system. The CDO Technologies engineers’ software runs on a standard, rugged Getac tablet. The software provides a user interface for the flight test engineer to monitor the TSPI system outputs in real time during a test flight, and to log the data for post-flight analysis.

Because of the small size of the Xsens sensor and the GPS antenna, installation of the prototype for system testing was simple - the units could simply be taped to the floor of the cabin of the aircraft and plugged into the tablet’s connector.

Chris Smith is delighted with the performance of the prototype. It offers substantial and valuable savings in size and weight over conventional mechanical FOG-based systems. But, he says, the value goes further. First, it can be used with a standard GPS signal, because the altitude (barometer) outputs from the MTi-G-710 support correction of the receiver’s altitude outputs. This saves the cost of the subscription required for a differential GPS receiver.

And overall, the accuracy, precision and reliability of the TSPI measurements produced by the CDO prototype are slightly better than those of much larger and heavier commercial-grade TSPI systems approved for use today.

‘Evaluation of the CDO prototype has been a great success,’ says CDO’s Chris Smith. ‘We have now been invited by the US government to take our prototype forward into advanced system testing with a view to deployment. I’m delighted that we have been able to achieve our goal of reducing the weight, size and cost of TSPI instrumentation. And I’m certain that our development time was considerably shorter than we expected it to be, because the comprehensive functionality and user-friendly outputs provided by the MTi-G-710 sensor simplified both the hardware design and the software interface which we designed to run on the Getac tablet.’

For more information about the R&D and system engineering support services provided by CDO Technologies, go to www.cdotech.com/.