Reliability. You value it when you don’t have it

Toyota wanted to reinforce the reliability of their cars.
So they invited unsuspecting drivers to take part in a unique experience.

Antiloop Studio in Barcelona worked with Toyota on this innovative VR experience. They used 3D modelling and animation to create the scenes. The skeletal movement of each character was recorded in real time with motion tracking technology (Xsens MVN) and then overlaid instantly onto 3D models within the virtual situations. This workflow allowed ultimate flexibility and removed the need for vast amounts of animation work. Antiloop collaborated with Agosto for Saatchi & Saatchi.

Each character in the gang scene was designed by the Antiloop team. Usually, these 3D characters would have been rigged and animated as was required with the bear and other animals used in the scenarios. Instead, they had actors wearing motion trackers (Xsens MVN) playing out the scenes, then they recorded their movements and applied them to the 3D characters’ to obtain a more realistic result. 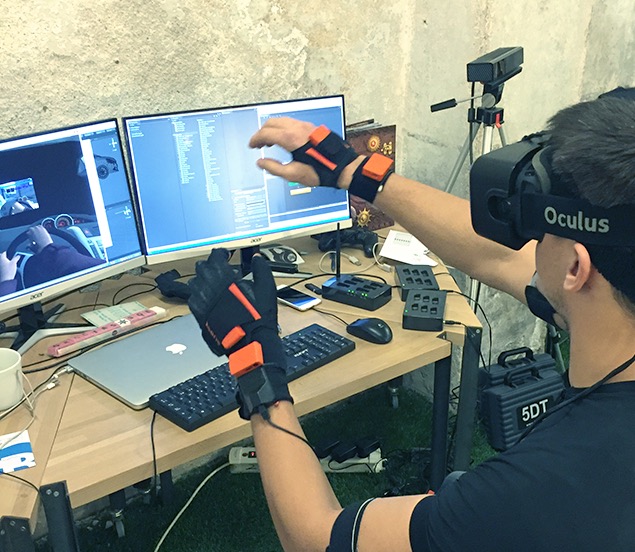 Normally within a virtual reality environment, the user does not have limbs, making the whole experience disjointed. By using motion tracking kit on the hands and body, Antiloop added an extra dimension to the experience, that allowed the users to play with the environment and move freely within the situation, increasing the emotional impact.