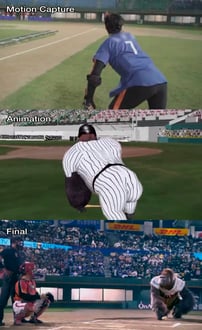 Xsens distributor Motion Technologies provided the motion capture services for Mr. Go. They used the Xsens MVN mocap suit for the movements of the gorilla Ling Ling. The MVN motion capture data was combined with key frame animation in the production fase. Professional dancer Heungrae Kim was the mocap actor for Mr. Go, he studied the movements of gorillas so he could do a live like performance on the set.

A co-production between South Korea and China and took 4 years of production, it was released simultaneously in both countries and later in the whole of Asia in 2013. Mr. Go is South Korea's first ever fully shot stereographic 3D film.