We spoke to Cassandra McColl, Jota Sport’s pit stop performance coach about harnessing Xsens motion capture technology to accelerate the team’s performance. With every second counting in the pit stop, her role is pivotal in driving Jota Sport ahead of competitors in the next series.

The crew members typically consider themselves mechanics first, but they are, equally importantly, athletes. In the few seconds of a pit stop, there can be a high level of physicality to their work - how they move around the car, their speed and mobility -  the crucial timing of which can win or lose a race. Having used motion capture technology to aid sports performance in previous roles with universities, McColl was keen to employ the same methodology to improve the mechanics’ movements. The pit stop crew team often incurred chronic elbow and knee injuries affecting their performance and confidence.

Whilst McColl was familiar with motion capture technology, the pit stop crew needed to be able to use the tech intuitively. Timing isn’t just crucial in the race; it’s crucial in training where schedules are tight, leaving little room for added training around performance technology.

“Xsens technology is not invasive for the athletes to wear, it's only sensors attached to their bodies that do not restrict movement.” The crew readily engaged with the tech, not only appreciating the immediate impact on their performance, but enjoying the process of seeing themselves as avatars on a screen through Xsens’ interface. “The team could playback their recorded movements in Xsens and understand how they should be moving. The crew felt a deepened sense of awareness with their bodies, a credit to the feature of Xsen’s technology being able to create what felt like ‘a real live-action video’ explained McColl. 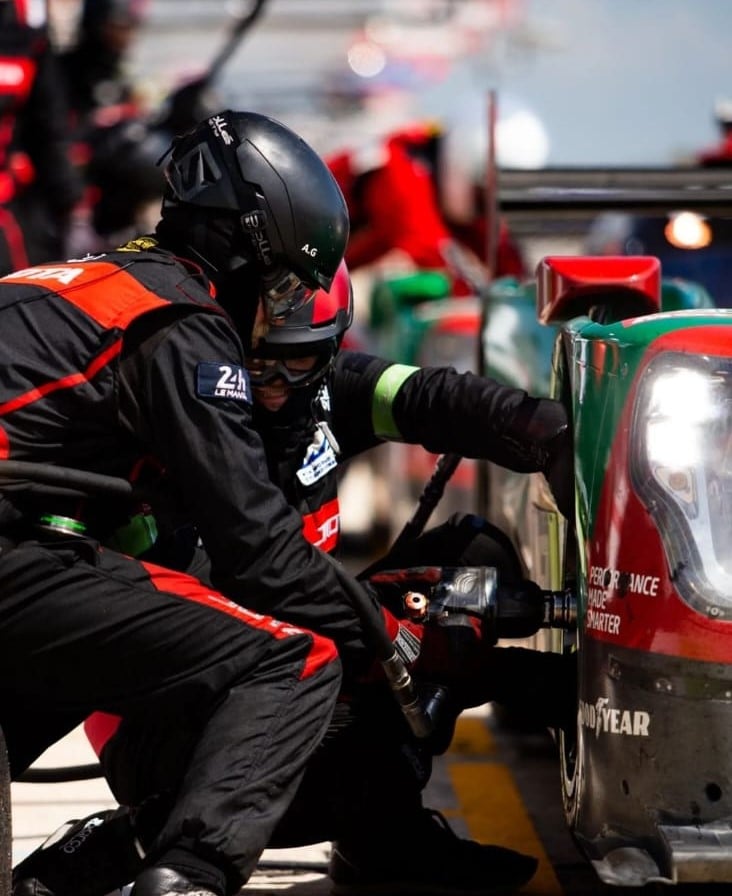 With auto technology often taking center stage in motorsports, McColl put sports science on the podium with motion capture data analysis. “With the Xsens software, I could perform a gait analysis to understand the crew’s bodies and their existing physical traits. I also performed a needs analysis, checking basic movements like a basic squat or a chest press. We applied the sensors on the team members, the data from which helped to understand their movements, which we took into account for sports-specific tasks.” Working on the analytics using the Xsens software meant that the data collected would be objective, with every movement captured and the relevant data recorded.

“Accuracy is key to everything we do in Motor Sport,” McColl reiterates, “which is why Xsens’ HD Reprocessing is as important. I know that the data is at the optimal level of processing.  The human movements it’s showing me through the interface are as accurate as I’m ever going to see. Xsens’ live engine records data in real-time, with the HD reprocessing in Xsens’ MVN software converting that data into AAA quality data.”

McColl could see where movements in training predisposed some of the pit stop crew to injuries or mobility issues compared to the moves that positively impacted the team. “Perhaps surprisingly, very few people who have spent their time perfecting a specific movement over and over have the kinaesthetic awareness to know “my foot placement was wrong and slowed me down." The crew is feeling empowered. The technology has motivated them to focus on improving their movements.”

McColl explains that a second challenge in analyzing the pit stop crew's movements is the changeability of roles in the team, with mechanics moving from role to role each season. For example, a wheel loader can also perform as a gunman, a task that requires a different set of physical skills:  “We have some wheel loaders that are over six feet tall and some wheel loaders that are only 5'6”. We have very different body types within the team. We had to tweak the techniques to the specific body size of each crew member.” As a result of the data, McColl has changed the team's training regimen, creating adaptations to improve each member of the crew's performance. 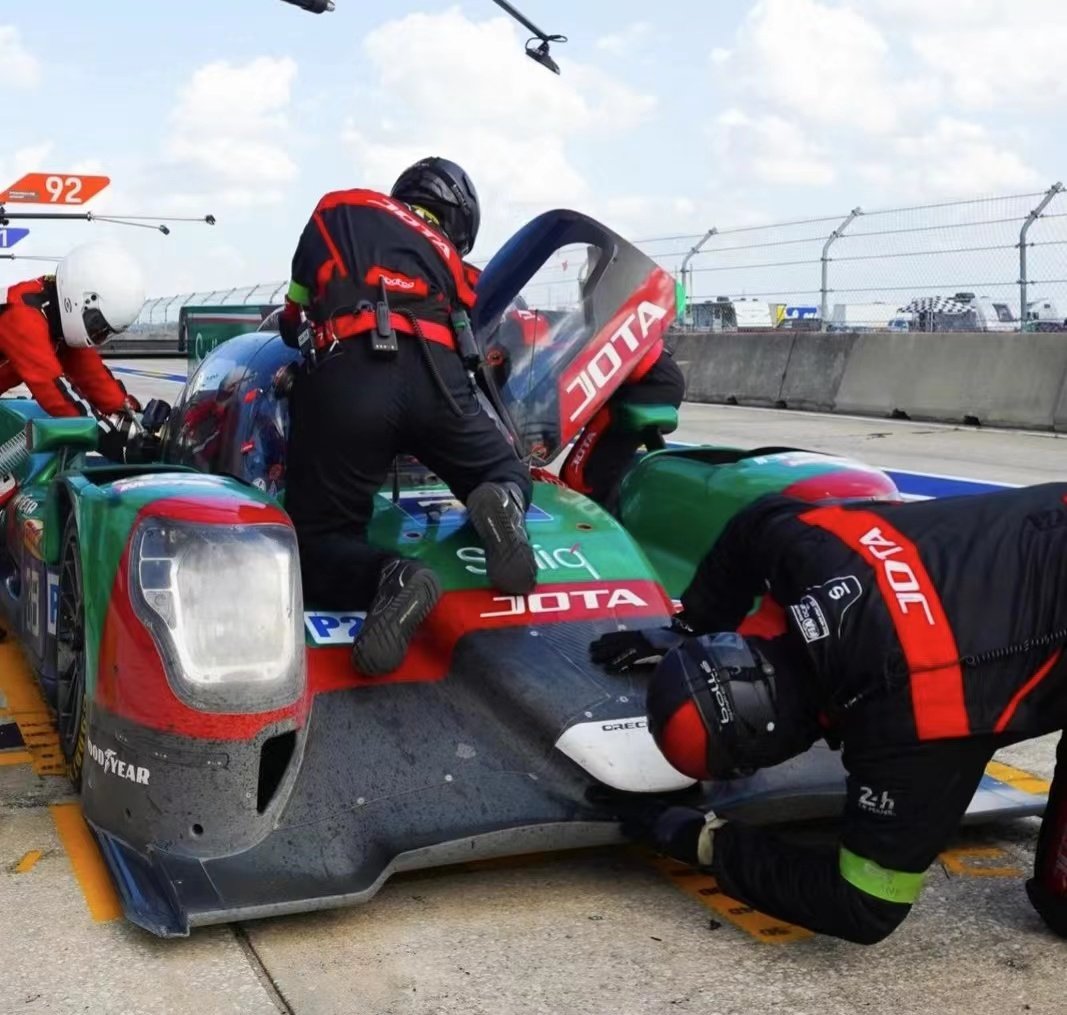 A tech partnership that slots into the team

The team has used the data and the new techniques to make gradual changes to their training. Having honed in on their movements during their working day, they stand in better stead for their next races. “With all of the data we are getting, we are starting further ahead this year. We are not going back down to 15 seconds. We have been able to shave off valuable seconds from our pit stop timing using Xsens motion capture technology, with MVN Software”.

Jota Sport considers Xsens technology as crucial to these developments in the team. The technology has helped to increase the performance speed of the pit stop crew, ultimately improving the outcome of races at Jota Sport.

Jota Sport will also be using Kinduct’s platform in 2022 to continue optimizing the team's athletic health and performance.