Site surveys underpin operations in industries from construction to forestry, and from mining to land management. Because surveying is such a crucial function, these industries have for decades accepted the high cost of carrying out a site survey. There are two main reasons why surveys are expensive: 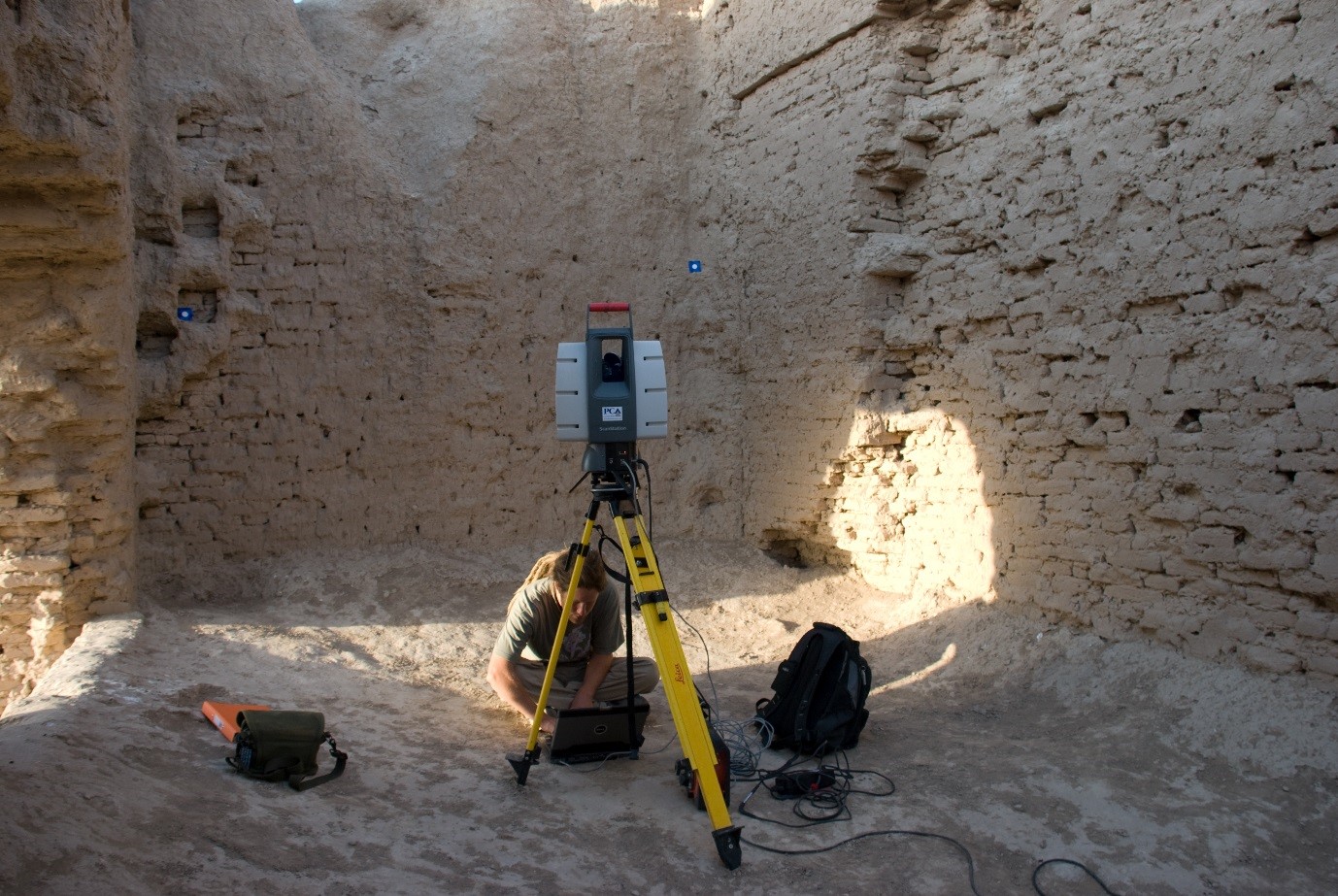 Fixed scanners are laborious to use and unwieldy. (Image credit: www.cyark.org under Creative Commons license.)

Any technical function which is expensive, time-consuming and unwieldy is a candidate for disruption by superior technology. And for professional surveyors, this disruption is occurring right now, courtesy of Gainesville, Florida-based Paracosm.

Paracosm has introduced an innovative mobile LiDAR (Light Detection and Ranging) scanner, the PX-80, which is easy for non-technical operators to use, and which requires no fixed mounting points or laborious set-up. Featuring an 80m range, the PX-80 enables surveys to be performed by a single person, with zero set-up, in the time it takes to walk through a site. An operator, guided by the PX-80’s intuitive software displayed on the screen of an integrated iPad® tablet, can complete a survey on average 15 times faster than with a conventional tripod scanner.

The PX-80 produces a combination of a high-resolution LiDAR point cloud in a format compatible with third-party mapping software, together with synchronized video pictures of the site. The PX-80’s LiDAR scans are pegged to a reference position thanks to accurate inertial measurements provided by a high-speed Xsens MTi 10-series motion sensor embedded in the scanner. Achieving relative accuracy of ±3cm (maximum), the PX-80 provides survey-quality data suitable for use by builders, architects and civil engineers.

Because a survey using the PX-80 can be performed quickly by staff with no surveying qualifications, it offers dramatic cost savings compared to conventional fixed LiDAR scanners, drones or other surveying equipment.

Fixing the position of a mobile scanner

The appeal of the PX-80, then, is that it can create a 3D LiDAR point cloud very quickly – and this is because the user operates the device while walking around the site. Easily portable, the PX-80 weighs less than 3kg and hangs comfortably in front the operator from a strap worn around the shoulders. 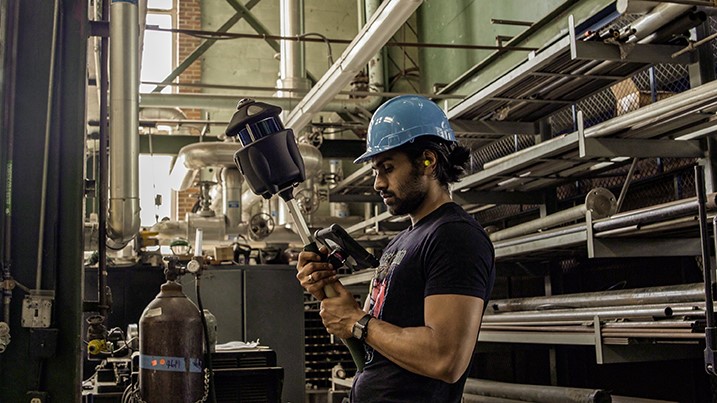 The PX-80 may be comfortably carried by a single operator

What slows down conventional survey techniques is that the LiDAR scanner has to be fixed in position on top of a tripod. But when the scanner is fixed, its position can be measured, and all scans correlated to each other by reference to that fixed position.

Accurately fusing the measurements from multiple scans when the scanner is continuously on the move calls for phenomenally complicated computations. And these computations are only possible because the Xsens MTi 10-series Inertial Measurement Unit (IMU) in the PX-80 constantly monitors the movement of the scanner itself in three dimensions.

The operator’s gait causes the scanner to rise and fall, and to twist and turn. Even just holding the scanner in the hands causes minute vibrations that the MTi 10-series’ 3D accelerometer and 3D gyroscope are sensitive enough to pick up. When precisely measured and synchronized with the LiDAR scanner, these motion artefacts can be eliminated from the scanner’s output to maintain the PX-80’s survey-quality accuracy.

Accuracy and sensitivity are not the only important attributes of the MTi 10-series. It also operates at high frequency: in the PX-80, it is configured to operate at an output data rate of 400Hz. This enables its use in tracking the scanner’s position relative to a reference position: the PX-80’s LiDAR scanner completes a 360° sweep at a frequency of 10Hz, generating some 300,000 measurement points every second. The MTi 10-series IMU updates the tracking data 400 times a second, so the LiDAR’s position reference can be precisely synchronized with the LiDAR scans.

Since every one of the millions of points in the point cloud produced by the PX-80 can be tied to a known reference position, the output – supplied in a .LAS or .PLY file format – can readily be converted in third-party software into a detailed 3D floorplan and colorized image of the site.

In the PX-80, then, the IMU needs to provide highly accurate inertial measurements, and at a high output data rate – characteristics for which Xsens sensor modules are rightly famous.

Because the PX-80 is portable, and designed to be used on the move, its design also puts the emphasis on size and weight. It was this that convinced the PX-80’s designers to choose the MTi 10-series IMU. Paracosm’s Technical Lead Quinn Martin explains: ‘When we were developing prototypes of the PX-80, we evaluated a wide range of IMU modules, each of which had its own set of pros and cons. But it was clear that one stood out because it was the most accurate IMU at the unit cost we were budgeting for, and in a compact enough form factor – and that was the MTi 10-series from Xsens.’

Disruption of the surveying market is well under way, as sales of the PX-80 continue to grow. In fact, the threat to conventional fixed scanners is intensifying as Paracosm implements plans to introduce new products which will be even lighter and smaller, and will produce even more accurate and detailed 3D scans. Quinn Martin looks forward to using new generations of MTi IMUs in these designs, as Xsens pursues its own rapid development of smaller, faster and more accurate motion trackers such as the MTi 600-series introduced in 2019. He says: ‘The stability and reliability of the Xsens devices in the PX-80 products we have been shipped has been outstanding. They are also simple to integrate into system designs, providing outputs that are really easy to use. Overall, we are delighted with the performance and value that the MTi 10-series has given us.’

This product version of the MTi 10-series is not recommended for new designs, please refer to the MTi 600-series. As a replacement we offer the MTi-610. Find out more about this product: