As with the shows they bookend, TV commercials have grown increasingly elaborate in recent years, compressing Hollywood-grade cinematic action into 60 seconds or less. One of the premier producers of Hollywood standard advertisements is the German-based Unexpected, which has been outputting stunning work since its founding in 1999.

Over recent years the team has produced a bold and propulsive high-stakes racing advert for Saudi Arabian mobile carrier ZAIN, and an epic crowd containing Shrek, the Smurfs, Ghostbusters, and LEGO creatures as they welcome a family to a sprawling new Dubai Parks and Resorts theme park.

"Our specialty is action-driven pieces with lots of motion and creating stunning worlds," says Unexpected CEO Alexander Kiesl, who oversees the commercial department and all visual effects produced. He also co-directs projects with fellow head of VFX, Steffen Hacker.

"Most of our commercials are a mix of live-action and animation, which means we have a lot of motion capture requirements. That’s where Xsens is massively beneficial."

"We like working on digital characters a lot – and that's why we first turned to Xsens. If you want to have believable animation within the timeframe a commercial production gives you – and that’s a very short timeframe – it makes sense to move forward quickly. Xsens motion capture gives you that option."

Unexpected has performed mocap work for its commercials for over a decade, and previously relied on optical motion capture sessions at an external facility.

Unfortunately, the team lost a great deal of time and budget committing to that process, including a day for travel and a few days afterwards to sift through the data and find what they needed to bring a project to life. That could mean upwards of a full working week at times, which is painful when you only have three-four weeks of post-production on a commercial. 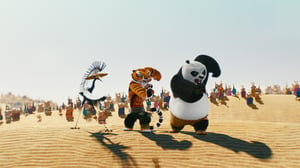 And then Unexpected encountered Xsens.

Bringing motion capture in-house has dramatically trimmed down the time commitment required for this critical part of the creation process, which means Unexpected can create work of the same quality in a fraction of the time.

"We immediately bought a suit after the first demo of Xsens’ technology – it was such a mind-blowing experience," says Kiesl. "Having the freedom to do it wherever you want and whenever you want is priceless."

A typical capture session for Unexpected now lasts about 30 minutes – a drastic reduction from the week-long shoots they once experienced. The team's animators can set up their mocap actors with the suits and, without delay, can capture the movements they need for the current project.

It's fast and effective – not to mention fun – and Kiesl says the data is so solid that Unexpected’s animation team doesn’t need to do any cleanup work on the initial pass: "We just take the raw data and put it onto our characters – it’s that good!"

The flexibility of the Xsens MVN suits means quicker commercial production, but it also opens the door to further experimentation. Unshackled from the mocap volume, Unexpected can try out some truly out-there ideas. 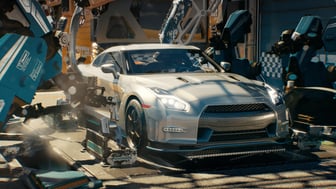 For example, for a commercial set in outer space, Unexpected placed a suit-wearing animator on a rolling office chair, pushing him back and forth to simulate gravity-free movement. And for the ZAIN com

mercial, Kiesl himself wore an Xsens suit in his car and drove for 30 minutes, capturing realistic hand and body movements in the driver's seat – something that would be simply impossible with optical mocap.

But above all, the time savings and ease of use have made Xsens an essential part of the Unexpected workflow. Even large, complicated projects like the Dubai Parks and Resorts commercial seem more feasible when motion capture sessions can be achieved anytime, anywhere.

"There were so many characters in the Dubai Parks and Resorts crowd scene," says Kiesl. "We just motion-captured basically all of them, and then we had crowds of hundreds of dancers doing performing motions. There was very little time to do it, but thanks to Xsens the project went entirely smoothly."

From script to screen

Unexpected now uses their Xsens suits for every project. Even if an ad doesn't have a character mocap requirement, the studio uses the technology for proof-of-concept clips, previsualization, and animatics. The whole production pipeline benefits from this new and simple approach to the motion capture process.

"Xsens has changed our lives across post, previz, and preparation. It’s been a huge impact, and fundamentally improved the way we work at Unexpected.”