Analysis of vehicle ingress and egress

The biomechanics group at Coventry University recently completed an analysis of vehicle ingress and egress for General Motors when they were approached by Shanghai Automotive to undertake a similar, but larger, analysis of their vehicles.

For the General Motor study they used their own optical tracking system. For the study described below they approached Xsens to use the MVN Analyze system, in order to measure without occlusion. The primary aim of the study was to determine if MVN Analyze could be used with our current method, while measuring kinematics and muscle load during ingression and egression of motor vehicles.

Seven subjects were selected from the employees of SAIC at the Longbridge site to maximize the variation in anthropometric metrics within the sample.

To measure the movements of each of the major segments of the body the subjects wore the Xsens MVN Analyze motion capture suit. The movement was sampled at 120Hz.

No subject spontaneously reported discomfort or movement restrictions due to the measurement equipment.

Joint angles were provided as direct output from MVN Analyze.

Loads in the muscles were calculated using BOB software and importing C3D data from MVN Analyze. BOB software is a musculoskeletal model developed at Coventry University. The loads in the muscles of the back were calculated using an optimization procedure [1, 2]. The BOB method minimizes the objective function of the sum of the squares of the muscles’ activation (defined by muscle force divided by maximal isometric force) subject to: 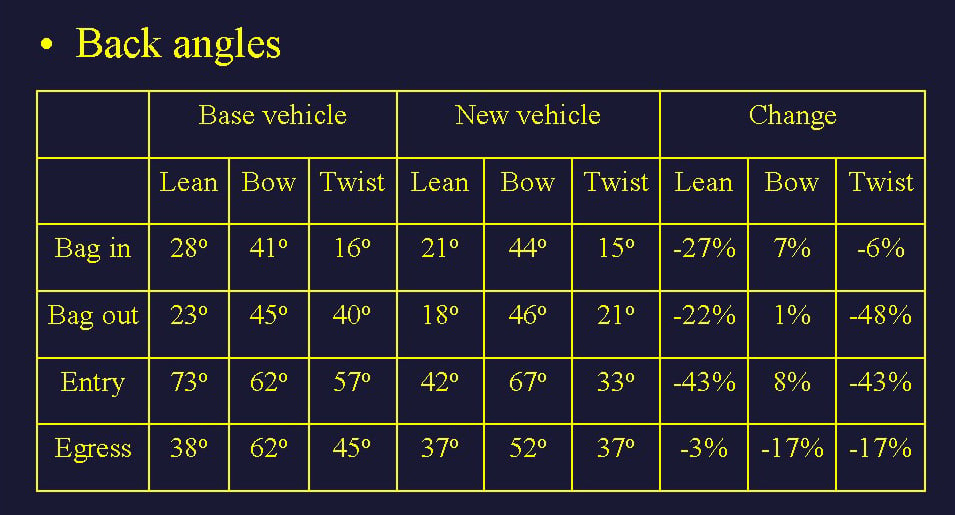 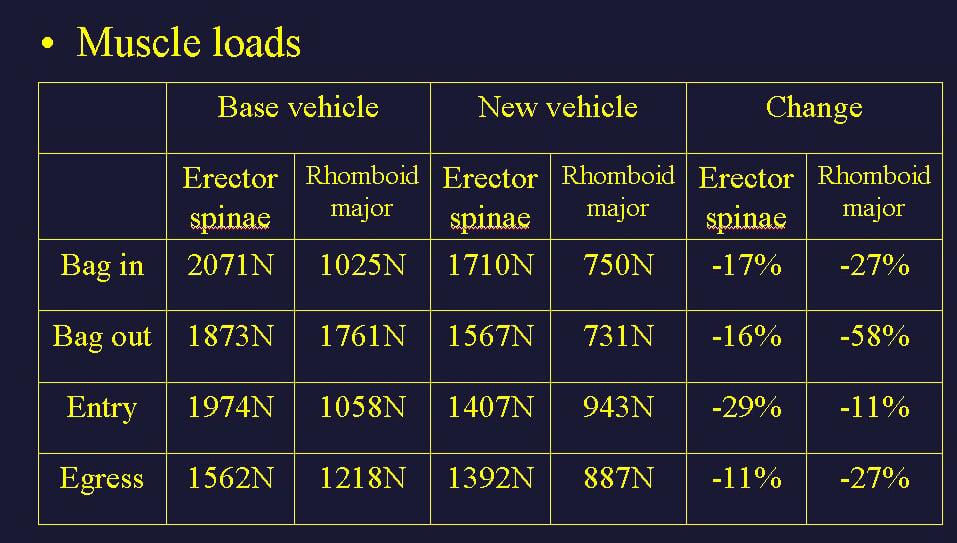 Table 2: Loads in selected back muscles

Examples of joint articulations are illustrated in Figure 1, with Figure 2 showing a detailed example of the knee angle.

Figure 1: Selected joint articulations for Subject ST, during ingression and egression of 4 vehicles.

Figure 2: Knee joint for Subject ST during ingression and egression of 4 vehicles. 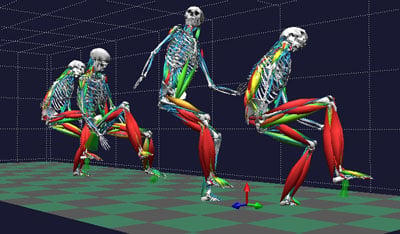 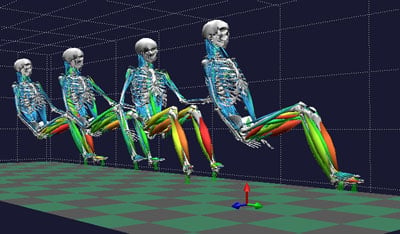 Table 3 shows a comparison of comparable workflow rates using the MVN Analyze system versus an optical tracking system for motion capture within a passenger vehicle. 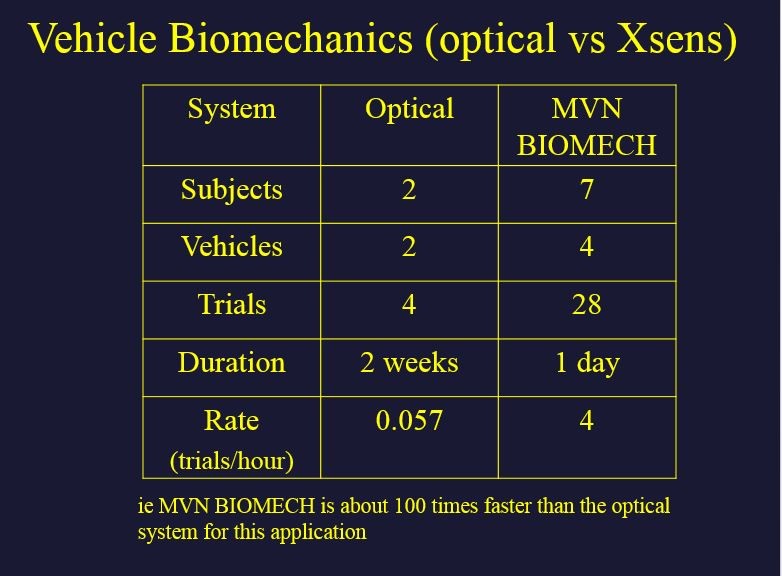 The results from the biomechanical analysis enabled the quantification of the joint articulations and muscle loadings. These results were compared with the results from a parallel study which recorded the user comfort levels whilst entering and exiting the vehicles. Further studies will be undertaken to establish a correlation between biomechanical metrics and vehicle comfort levels.

This study shows that the Xsens MVN Analyze system is suitable for recording biomechanical data during vehicle ingress and egress and is capable of providing reliable, clean data in effectively real time. The trial capture rate was approximately 70 times faster using the Xsens MVN Analyze than using an optical tracking system for this task.

1) Shippen J, May B, “Calculation of Muscle Loading and Joint Contact Forces in Irish Dance”, Journal of Dance Science and Medicine, Volume 14 1 pp11-18 2010