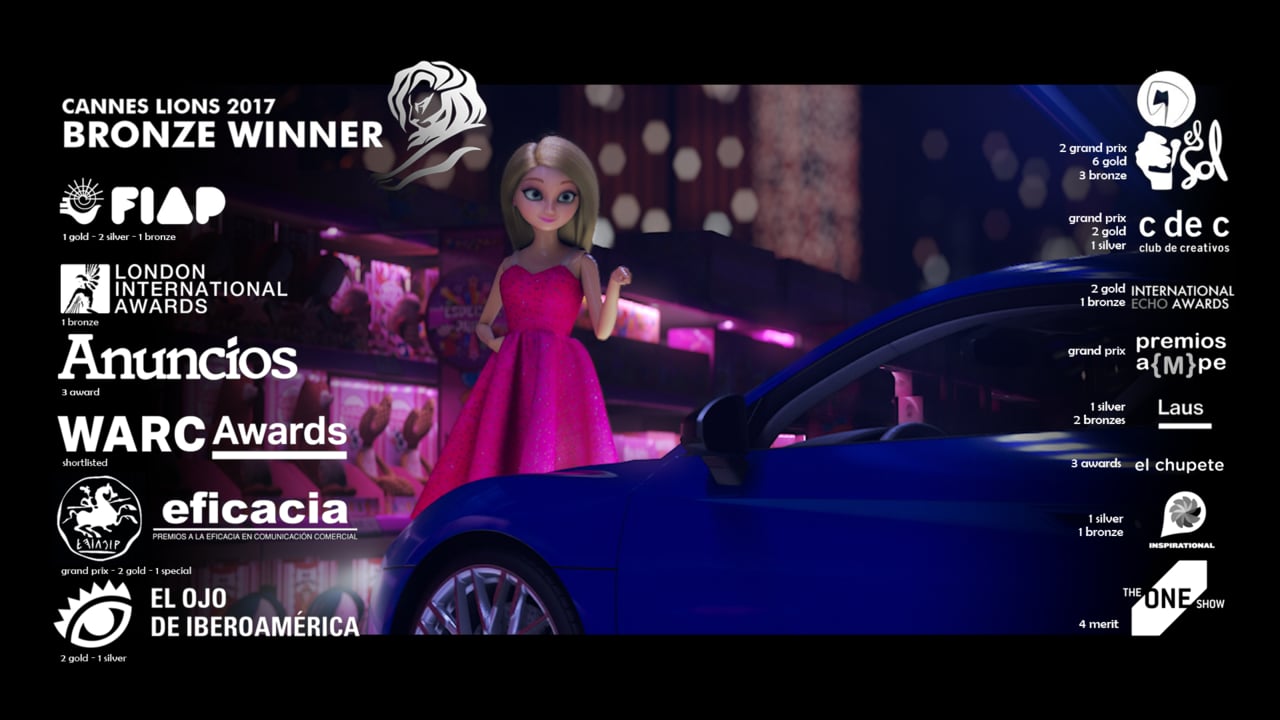 23Lunes is a Barcelona based Creative Animation Studio created by Jordi García and Bor Arroyo. Their main goal is to create the best characters possible for any story in their signature 23Lunes style. They are specialized in Animation and Art direction, projects they worked on are Feature Films like Ender’s Game, the Award winning advertising for Audi "The Doll that Chose to Drive" in 2017 & 2018, and video game trailers.

Jordi García, Director at 23Lunes:
“The flexibility of the Xsens MVN motion capture system makes us more agile than ever. We can record everywhere and whenever we want, and have top quality data before the end of the day!”

The Doll that Chose to Drive
This award winning animated short started with Audi and Proximity Barcelona. They had an idea of an animated short about gender stereotypes. 23Lunes's visual approach was to make a completely CG short with realistic backgrounds and characters, but it would have a slight touch of fantasy in it. They approached the animation from 2 sides, toys would be keyframed and humans would be animated with motion capture data.

Being an Xsens user for two years, 23Lunes had no doubts on the motion capture for the human characters. With extremely tight deadline, they could not afford any delay, the animations needed to be spot on at the first attempt. One of the advantages of the Xsens system is the complete freedom, this made it possible to do the mocap together with the client & agency and approve the animation directly.

Mocap Anywhere
23Lunes has one room reserved for motion capture, but when they need more space they can move the Xsens system anywhere and have all the space they want. The mocap was recorded with two MVN link systems. To synch the motions of the kid and mom, they recorded all the motions in one go, included facial mocap. The clean Xsens data made it easy to get the shots approved within the deadlines.

In 2018 they released a follow up for this award winning Audi campaign:

Reservoir Dogs Game
23Lunes has also done a one-minute trailer for the new Reservoir Dogs game. The characters in the trailer are all done using Xsens motion capture. To get the best result they divided the motion capture in two parts, for the slow motion shots they used the 240hz setting and 120Hz for the rest of the shots.

The whole project was completed in 6 weeks, including re-modelling all characters. The staging and choreography of the actions got extra attention by precise measuring of the whole set and markings on the floor for future reference. They did several passes for different characters, moving around the mattresses to help the animators fall after they got shot. They finally reconstructed the whole scene with all characters to get an amazing trailer.