The Virtual YouTubers (or Vtuber) have taken the internet by storm. Virtual YouTuber is the latest trend of digital media coming from Japan. There are many of them with a big following, some of them have millions of subscribers, making them very interesting for merchandise such as nendroids, official promotional material, and collaborations with other YouTubers.

But what is the technology behind these virtual anime girls?

The setup of a Virtual YouTuber mostly involves facial recognition, gesture recognition and animation software. Combining these technologies can be tricky. The best known issue with this technology is the revealing of Noracat true identity in a live broadcast.

One of the most famous Vtuber at the moment is Kizuna Ai, with over two million subscribers to her channel. She is also the spokeswoman for the Japan National Tourism Organization. 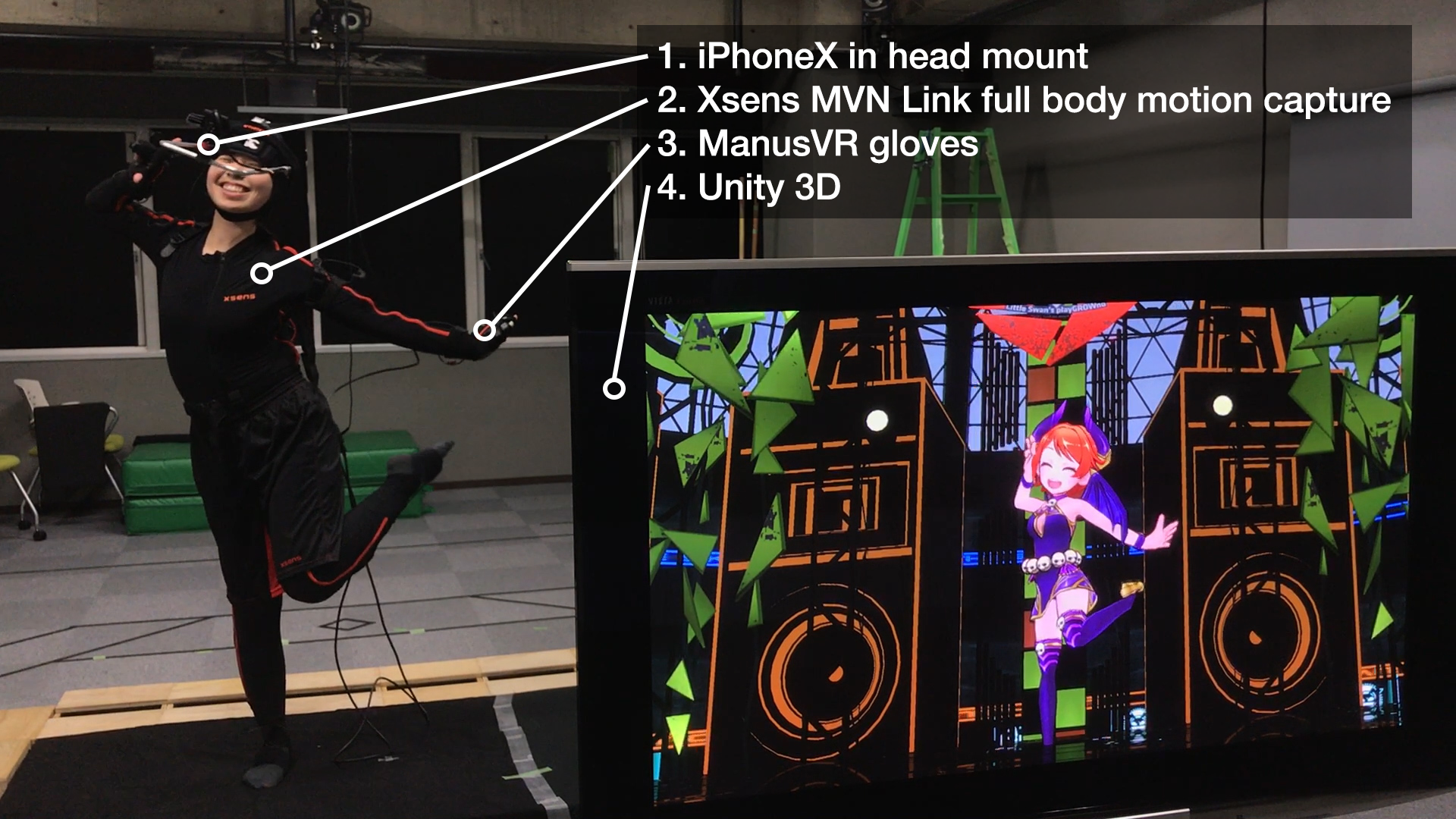 1. An iPhoneX with face recognition software attached to a head mount
There are several resources online on how to get facial data into Unity, iClone or Maya.

3. ManusVR gloves
The ManusVR finger tracking data can be combined with the Xsens motion capture data and streamed into Unity.

There is of course more technology available to get your YouTuber avatar live on screen, the Vtuber market is developing rapidly. Xsens motion capture technology has already been a proven technology for many years and has a long track record in live and streaming animations.

Xsens has many Vtuber users and to give you an example of what they do, check out these stories:

One Piece voice actors Mayumi Tanaka and Kappei Yamagushi are in the Xsens MVN motion capture system doing a live Vtuber show as their characters Luffy and Usopp.

More information about Cygames and Captureroid can be found in the special Vtuber edition of CGWorld.jp.