Mind and body aren’t always one when it comes to telling lies. We talked to the behavioural scientist behind the BBC’s Horizon documentary 'The Honesty Experiment': Dr. Sophie van der Zee. She told us about her use of motion capture to detect deception through unconscious human movement.

With a background in Computer Science, Law and Psychology, Dr. van der Zee embarked on an academic career studying the role of body movement as a cue for deception. Using Xsens MVN Analyze motion capture technology in conjunction with more traditional instruments, such as polygraphs or video footage of subjects, she is able to closely analyse human movement, developing a new dimension to deception research.

Currently an assistant professor at Erasmus University, Dr. van der Zee has completed several studies on the subject, including papers such as “An automated measurement and analysis of body motion” (Poppe et al, 2014) and “Mining bodily cues to deception” (Poppe et al 2015).

Dr. van der Zee works with Xsens MVN suits in her studies and research, because of the ease of use for her subjects and accurate movement measurements for her analyses.

“I actually wrote a paper on the systems available, and what the benefits and disadvantages of different motion capture suits were for research purposes. We did some testing to assess the benefits of inertial systems compared to camera-based systems. So, we've attempted to see how we can be as reliable as possible when measuring the behavioural differences between truth-tellers and liars. This is what lead us to using the Xsens suits.” 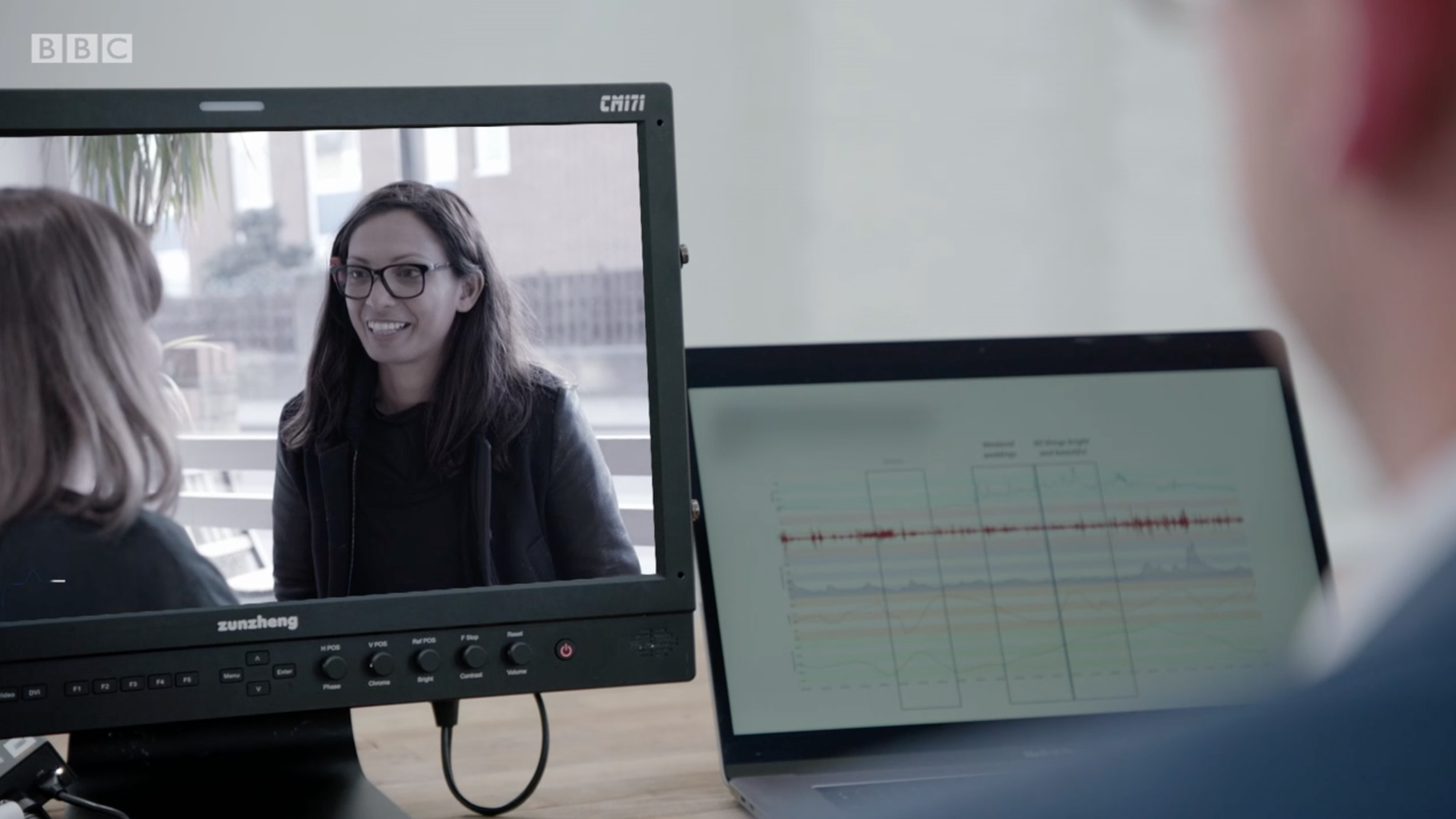 BBC’s latest Horizon documentary (link only available in the UK) provided a platform for Dr. Sophie van der Zee’s research to be presented, while at the same time giving interesting insights into the way people use lies in everyday encounters. The participants were monitored for a week, and then their motion data was collated with data from several other detection systems to provide an accurate picture of the subject’s reactions. Discussing the research goal behind the documentary, Dr. van der Zee recounts:

“What I wanted to research and what hadn't been done before, was combining multiple types of lie detection methods including motion-based movement, whilst looking at language analysis and the physiological responsem, such as a stress response. I thought that approach was really cool, because normally when you do research, you specialise in a very tiny area, but this opened things up.”

Using an inertial based motion capture solution presented Dr. van der Zee with an opportunity to extend her research outside of the traditional lab. This allowed the experiment to have subjects tested in a more natural environment.

“We spent roughly three years figuring out what was interesting for the BBC and the viewer, and also what might be interesting for us. We were motivated to discover data that is usually unavailable in a controlled, lab experiment.” 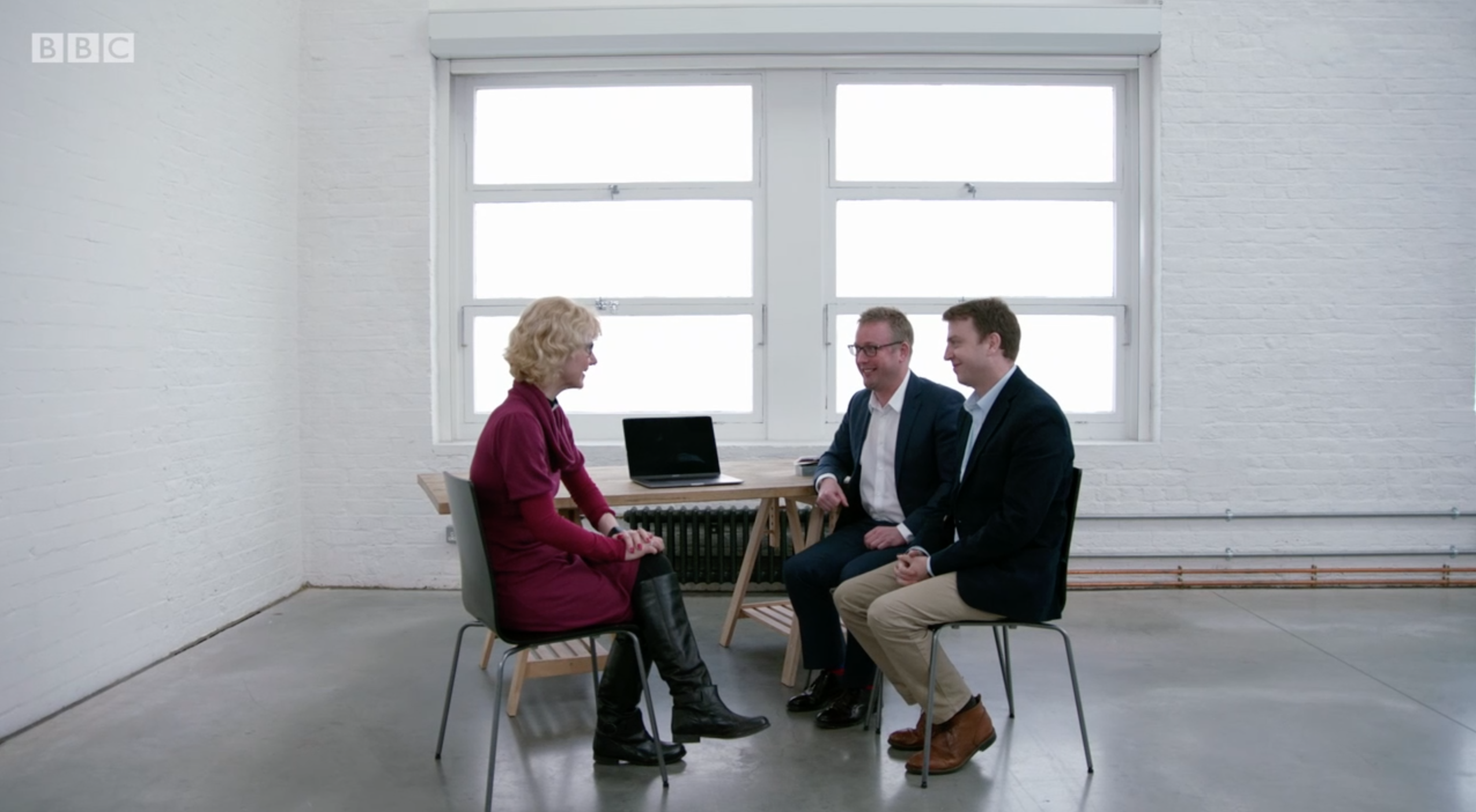 Motion capture allows intricate movements to be measured in greater detail, which has proved to increase the accuracy of lie detection.

“Most people start moving more when they're lying, but if you only look at very big movements, you often don't find much difference between truth-tellers and liars. But because of our method of looking at all movements, we quite consistently do find them.“

The documentary, while entertaining for viewers, also became an interesting case study, showcasing the broad possibilities of motion capture. Research into movement as a cue for lie detection is only just beginning and Dr. Sophie  van der Zee is expanding her research using multiple technologies. We look forward to seeing future developments in this field of research!