Opinion around the Metaverse continues to divide the internet; meanwhile, investors worldwide scramble to stake their claim in a potentially trillion dollar market. Whilst the Metaverse is commonly compared to Second Life, the reality of this virtual reality is more nuanced. Simply put, the Metaverse is the internet you can go into, with Virtual Reality, or it can come out to you, with Augmented Reality. The belief is that it could be to VR what the modern smartphone is to the first clunky mobile phones of the 1980s; it’s an evolution of many technologies which already exist. However, just like we never envisioned the mobile phone to become today’s smartphone (rarely used as a ‘phone’), it takes some experience and creativity to envision what Metaverse will be realized.

Much of the criticism of the Metaverse can perhaps be attributed to Facebook's name change to Meta, and the fear that their virtual world will become a centralized platform. Less has been said about other creators within the Metaverse space, such as Beemup, a Dutch tech company, who are building a platform(Your Open Metaverse) that will allow companies and individuals alike to create open virtual worlds.

We sat down with Aragorn Meulendijks, chief marketing officer of Beemup, to discuss the aims of their company, the challenges of the Metaverse, and how Xsens tech can play a part in the next stage of the internet… 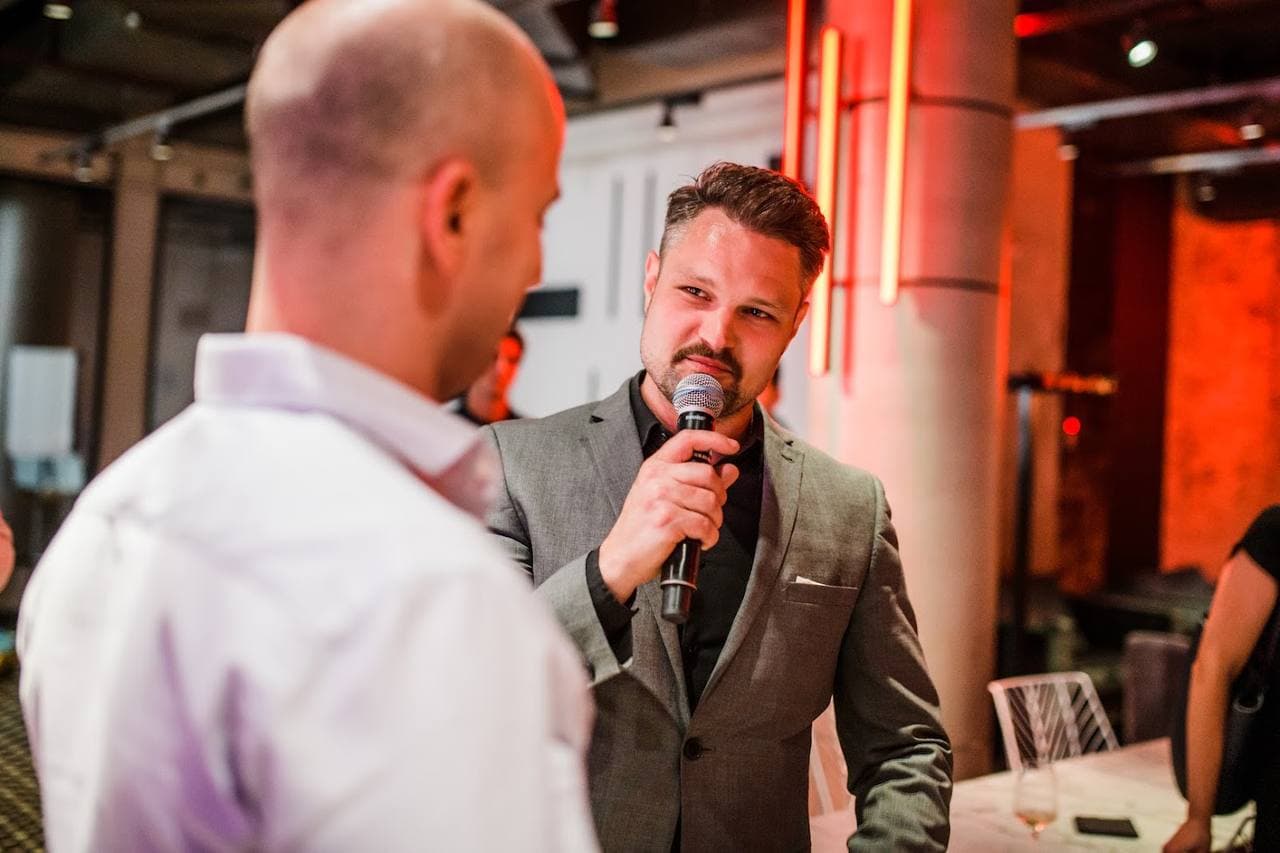 Aragorn: Openness is a very big part of the (Your Open Metaverse) platform, where you’re going to own any IP you create. And that's such a big difference from Meta, where you might think that you own something, but ultimately the IP belongs to the studio. That's going to be totally different on our platform. But I'm also going, to be honest, we're not the only ones doing this. There are other initiatives out there that also incorporate blockchain, such as Realm. And I think that's good because there needs to be more than one Metaverse space.

“Metaverse is creating a new future for humankind, where we can leave behind traditional sentiments like nationality or previous cultures.”

Don’t get me wrong, I want Your Own Metaverse (Beemup) to be a success, I want the big brands and artists to join. But I also really, really, really want everybody else, all the other initiatives and projects out there, all the other competitors )if you want to call them that)... to succeed as well because I think the Metaverse is not about getting the biggest market share. Metaverse is creating a new future for humankind, where we can leave behind traditional sentiments like nationality or previous cultures. I really feel that there’s an opportunity to move the human experience into a new place where there are no borders and at the same time, we all have the freedom to create new environments that we want to be a part of and assume the identities that we want to have.

“The Metaverse will be the integration of the internet with our day-to-day life to a new level.”

You’ve worked for companies like Meta/Oculus in the past, what is the main difference between the Metaverse of today and the VR of the past?

Where do you draw the line? I think that for people like me, the Metaverse has existed for a long time. I first read the word Metaverse sometime in 2010 or 2012. And now for the first time, this is a word that's gone mainstream. But what it really means is that we're going to go and take that next step, where the virtual world that so many of us already live in becomes more intertwined in more pragmatic, easily adaptable ways into our real lives every moment, all the time. And for some people, I know that sounds ridiculously scary, but I think it's going to be amazing.

What is the relationship between Beemup and Your Open Metaverse?

Aragorn: Your Open Metaverse is both the name of the platform that we're building and the name of the token. We want to create a platform that is open and safe and free for everybody. We are really embracing the idea of building in a decentralized manner. The biggest issue with Meta in the last couple of years… has been that they gathered all the data on their users and then used that for monetization and violated user privacy. And so there's a big demand from the whole world to move away from that.

There's also, of course, the call to create an opportunity to not be dependent on banks or intermediaries, that's going to become even more important in the Metaverse. We want people to be in control of their data, their profile so that they are in the driver's seat and can decide what they want to share. That's Your Open Metaverse. And then there's Beemup, which is basically the company that is currently developing the SDK (Red: software development kit) and virtual worlds. And in the future, Beemup will transition to more of an agency functionality where people that want to be on Your Open Metaverse and don't have the ability to develop their platforms can approach us.

How is Beemup working with Xsens?

Aragorn: We used the Xsens MoCap Suit as part of a showcase we created with Harry Piekema. In the video, there’s a gorilla, who was portrayed in motion capture with the Xsens suit. We’ve also used the suit in the creation of one of the first-ever TedX Virtual Reality talks. We also made a showcase for the YOM blockchains in Hamburg and a virtual jacket that people can claim with their NFT through an airdrop. So, they had to give us their Solana address and we used the Xsens suit to build that and see what it would look like if someone was wearing one.

“[The Xsens suit] is just very easy to use… Being able to accurately and realistically capture movement is going to be absolutely essential in the success of the Metaverse.”

What sort of role do you see Xsens playing in the Metaverse?

Aragorn: If you look at Xsens’ offering, specifically the Xsens motion capture suit, it's just very easy to use. We don't want to be strapping people into suits with hundreds of white balls and stickers all over their bodies. For us, it's very important that it's easily accessible. We want to make it as easy as possible and Xsens is a great solution for that. I even see a scenario where, say, a CEO wants to do something within the Metaverse, and we can send them an Xsens suit, and we can jump on a call and explain how it works.

If we want to talk about immersion in the Metaverse, and if we want to create an experience people can really lose themselves in, and they can truly become a part of what they're doing, then realistic movement is essential. Currently, it's still impossible to program natural movement and will be for a long time. Being able to accurately and realistically capture movement is going to be absolutely essential in the success of the Metaverse.

Learn more about Beemup on their website, and hear more from Aragorn on Linkedin. Click here to read how Xsens is working with others to create the Metaverse with Motion Capture.

Thinking about getting your own Xsens motion capture setup?

Choosing the best Xsens mocap setup is not always as straightforward as we like it to be. There will be different options, requirements, and challenges based on each individual's situation.

This is why we've put together a blog to help you make the best decision.