Many different disciplines use motion analysis systems to capture movement and posture of the human body. Basic scientists seek a better understanding of the mechanisms that are used to translate muscular contractions about articulating joints into functional accomplishment, e.g. walking. Increasingly, researchers endeavor to better appreciate the relationship between the human motor control system and gait dynamics.

In the realm of clinical gait analysis, medical professionals apply an evolving knowledge base in the interpretation of the walking patterns of impaired ambulators for the planning of treatment protocols, e.g. orthotic prescription and surgical intervention and allow the clinician to determine the extent to which an individual’s gait pattern has been affected by an already diagnosed disorder. With respect to sports, athletes and their coaches use motion analysis techniques in a ceaseless quest for improvements in performance while avoiding injury. The use of motion capture for computer character animation or virtual reality (VR) applications is relatively new. The information captured can be as general as the position of the body in space or as complex as the deformations of the face and muscle masses. The mapping can be direct, such as human arm motion controlling a character’s arm motion, or indirect, such as human hand and finger patterns controlling a character’s skin color or emotional state. The idea of copying human motion for animated characters is, of course, not new. To get a convincing motion for the human characters in Snow White, Disney studios traced animation over film footage of live actors playing out the scenes. This method, called rotoscoping, has been successfully used for human characters. In the late’70’s, when it began to be feasible to animate characters by computer, animators adapted traditional techniques, including rotoscoping.

Generally, motion analysis data collection protocols, measurement precision, and data reduction models have been developed to meet the requirements for their specific settings. For example, sport assessments generally require higher data acquisition rates because of increased velocities compared to normal walking. In VR applications, real-time tracking is essential for a realistic experience of the user, so the time lag should be kept to a minimum. Years of technological development has resulted in many systems and can be categorized in mechanical, optical, magnetic, acoustic and inertial trackers. The human body is often considered as a system of rigid links connected by joints. Human body parts are not actually rigid structures, but they are customarily treated as such during studies of human motion.

How does Optical Motion Capture work?

Optical sensing encompasses a large and varying collection of technologies. Image-based systems determine position by using multiple cameras to track predetermined points (markers) on the subject’s body segments, aligned with specific bony landmarks. The position is estimated through the use of multiple 2D images of the working volume. Stereometric techniques correlate common tracking points on the tracked objects in each image and use this information along with knowledge concerning the relationship between each of the images and camera parameters to calculate position. The markers can either be passive (reflective) or active (light emitting). Reflective systems use infrared (IR) LED’s mounted around the camera lens, along with IR pass filters placed over the camera lens and measure the light reflected from the markers. Optical systems based on pulsed-LED’s measure the infrared light emitted by the LED’s placed on the body segments. Also, camera tracking of natural objects without the aid of markers is possible, but in general less accurate. It is largely based on computer vision techniques for pattern recognition and often requires high computational resources. Structured light systems use lasers or beamed light to create a plane of light that is swept across the image. They are more appropriate for mapping applications than dynamic tracking of human body motion. Optical systems suffer from occlusion (line of sight) problems whenever a required light path is blocked. Interference from other light sources or reflections may also be a problem which can result in so-called ghost markers.

Do you want to know more about Optical Motion Capture? Please contact us. 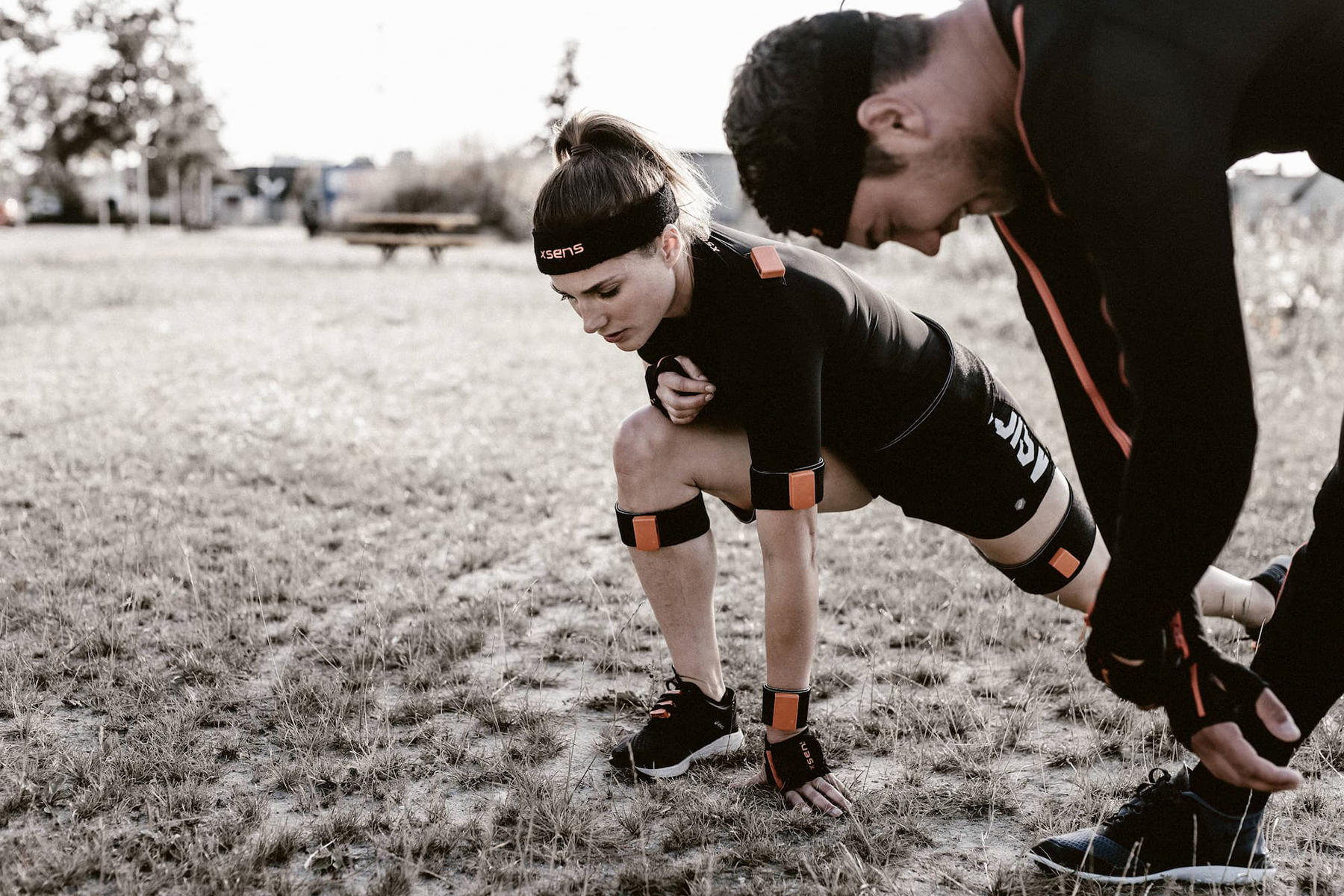 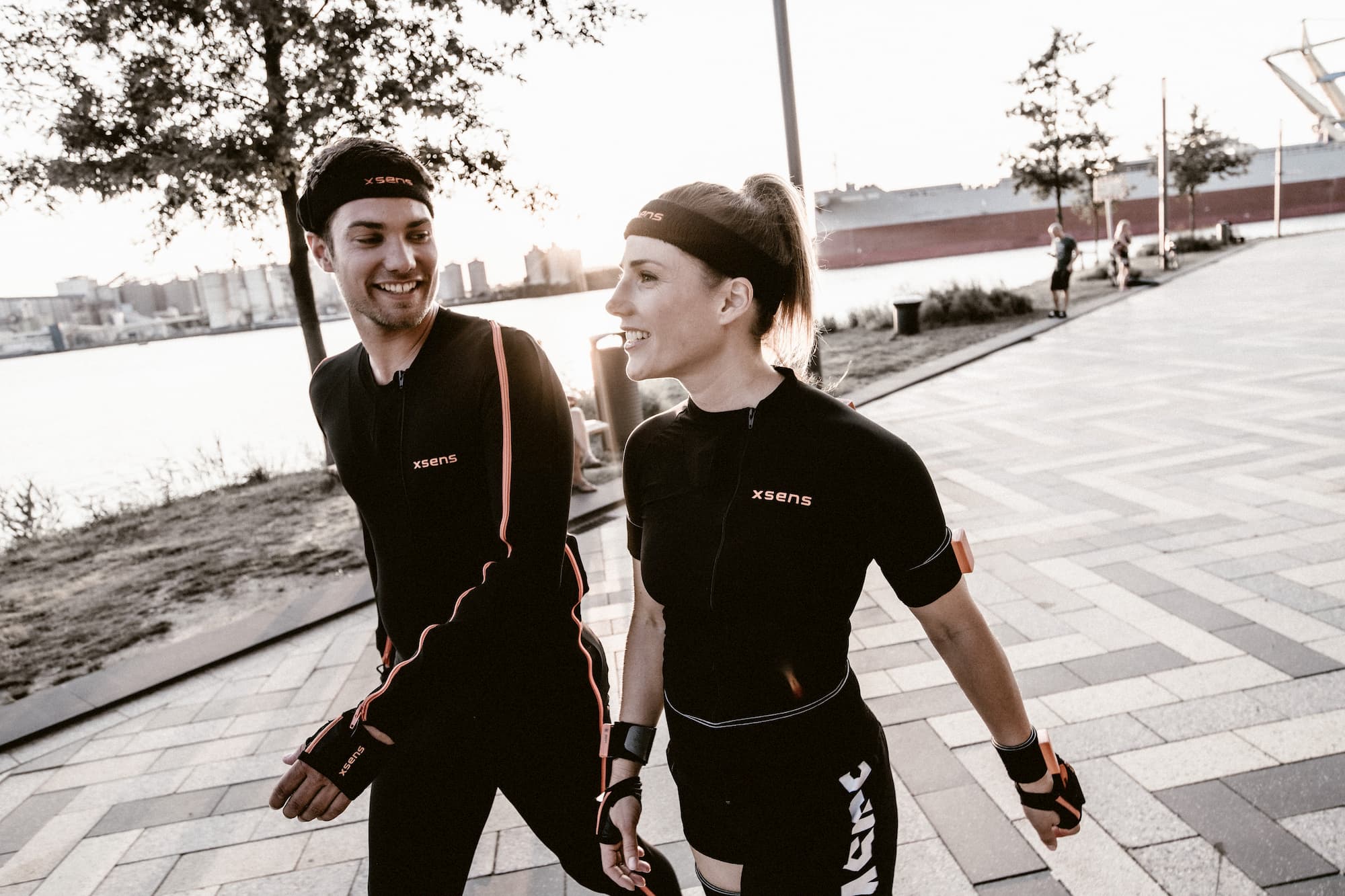 How does Inertial Motion Capture work?

Inertial sensors use the property of bodies to maintain constant translational and rotational velocity, unless disturbed by forces or torques, respectively. The vestibular system, located in the inner ear, is a biological 3D inertial sensor. It can sense angular motion as well as linear acceleration of the head. The vestibular system is important for maintaining balance and stabilization of the eyes relative to the environment. Practical inertial tracking is made possible by advances in miniaturized and micromachined sensor technologies, particularly in silicon accelerometers and rate sensors. A rate gyroscope measures angular velocity, and if integrated over time provides the change in angle with respect to an initially known angle. An accelerometer measures accelerations, including gravitational acceleration g. If the angle of the sensor with respect to the vertical is known, the gravity component can be removed and by numerical integration, velocity and position can be determined. Noise and bias errors associated with small and inexpensive sensors make it impractical to track orientation and position for long time periods if no compensation is applied. By combining the signals from the inertial sensors with aiding/complementary sensors and using knowledge about their signal characteristics, drift and other errors can be minimized.